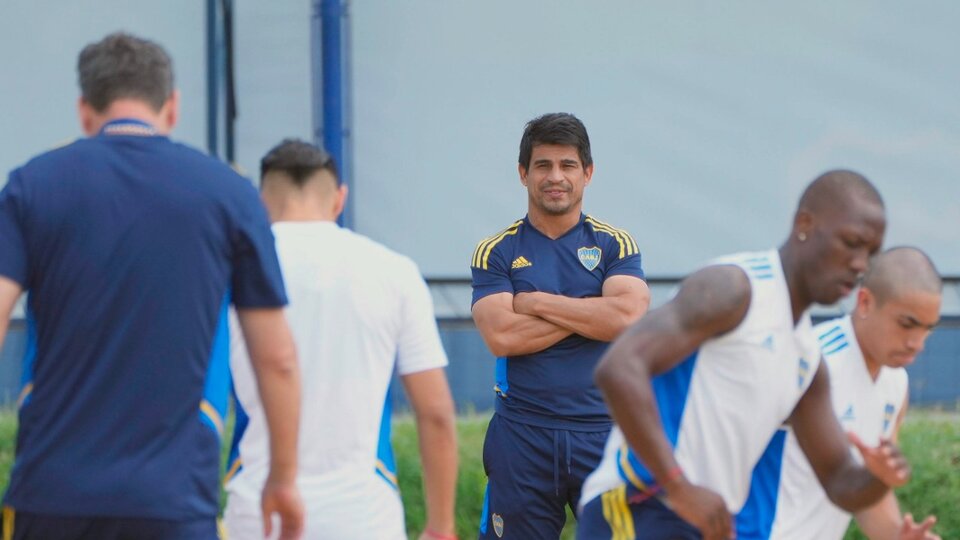 The Boca Juniors coach, Hugo Ibarra, stopped a team in soccer practice this Tuesday without the inclusion of the players who have suspension dates, beyond the rumor that the AFA would grant an amnestywith a view to next Sunday’s match against Atlético Tucumán at the start of the Professional League.

In this way, the coaching staff puts together a possible eleven for the weekend abstracting from the strong version that The AFA could determine an amnesty for those footballers who have to meet a sanction date. Then Luis Advíncula, Alan Varela, Sebastián Villa, Diego González and Guillermo Fernández would benefit. While the benefit would not run for Frank Fabra with two and Darío Benedetto with four suspension games.

It is to remember that The players who are suspended is for having been sent off in the 2-1 defeat against Racing in the Champions League final, unlike “Pol” Fernández who reached the maximum number of yellow cards against Independiente on the last date of the 2022 League.

One of those suspended, the Colombian Fabra was released on Monday afternoon to join the team of his country that will hold a friendly with the United States on Saturday 28. The “boquense” leadership did not have the obligation to yield to the defender, since the call was optional. However, the striker was authorized to act for his country of origin.

The key day for the determination of the AFA would be this Wednesday when the executive committee meets at the Ezeiza property at 3:00 p.m.. Last year the same measure was taken with the excuse of the Covid pandemic.

From the team that stopped Ibarra, apart from evaluating if those suspended can play, it is expected that Agustín Sandez plays in Fabra’s place and that Nicolás Figal could be in the rear, who comes from a torn right soleus, and would pair up with Paraguayan rookie Bruno Valdez, the only addition so far of the two-time Argentine champion. Juan Ramírez could also play in the middle, with Romero moving further to the right if he does not play with three forwards.

Regarding the subject of incorporations, andThe pass book will close next Thursday at 8:00 p.m. After that date, only those clubs that sell a footballer will be able to add an additional player (until February 9)..

Mouth still waiting to “break the market” with the arrival of Colombian Roger Martínez, an old dream of Juan Román Riquelme, who ends his relationship with América de México on June 30. After the communication last Friday between the second vice president “xeneize” and the representative of Roger Martínez, Román also spoke with a leader of the Aztec club and with the coach of the institution, the Argentine Fernando Ortizwho was a teammate of the idol in his early days as a player in Boca.

The idea is that the former Racing Club and Aldosivi sign a pre-contract and then they will try to negotiate to see if they can come immediatelyso the next few hours will be essential for this topic.

In addition to the player from America It will be a matter of specifying the arrival of another defender and that is why Sergio Barreto, from Independiente, and Lucas Merolla, from Huracán continue to play, as well as an attacking midfielder at the local level. As for the departures, midfielder Aaron Molinas is very close to going on loan to Tigre and Esteban Rolón will go to Platense in the same condition.

The keys to the signing of Haaland