The price of bitcoin (BTC) has fallen sharply in recent days and weeks. The world’s largest cryptocurrency has already fallen by about 50% since its all-time high in November of 2021. Last night we wrote that the bottom presumably has not yet been found. Yet are opinions are still very divided. Meanwhile, the number of transactions on the Bitcoin network has increased sharply, as has the transaction costs.

federal Reserve is the hub

Glassnode writes that The Week On Chain from 9 May. The past few weeks have been dominated by the US central bank, the Federal Reserve. He slowly raised his interest rates. That was accompanied by a rising dollar and crashing stock markets. Higher interest rates reduce inflation, making cash a more attractive investment. The flip side is that this could fuel a financial crisis as it discourages consumption. Cryptocurrencies have not been spared either.

dThis is not only reflected in the price, but also in what happens on the blockchain itself. Not only are the tokens on exchanges sold, tokens are also moved on the network – presumably to trading platforms. According to Glassnode, there have been more sellers than buyers so far in 2022. Moreover, the investors with more than 10,000 BTC were the biggest sellers. That clearly indicates that whales are serious about selling their holdings. At the same time, small investors (less than 1 BTC) are the largest group to buy. However, they are less active than in February and March. 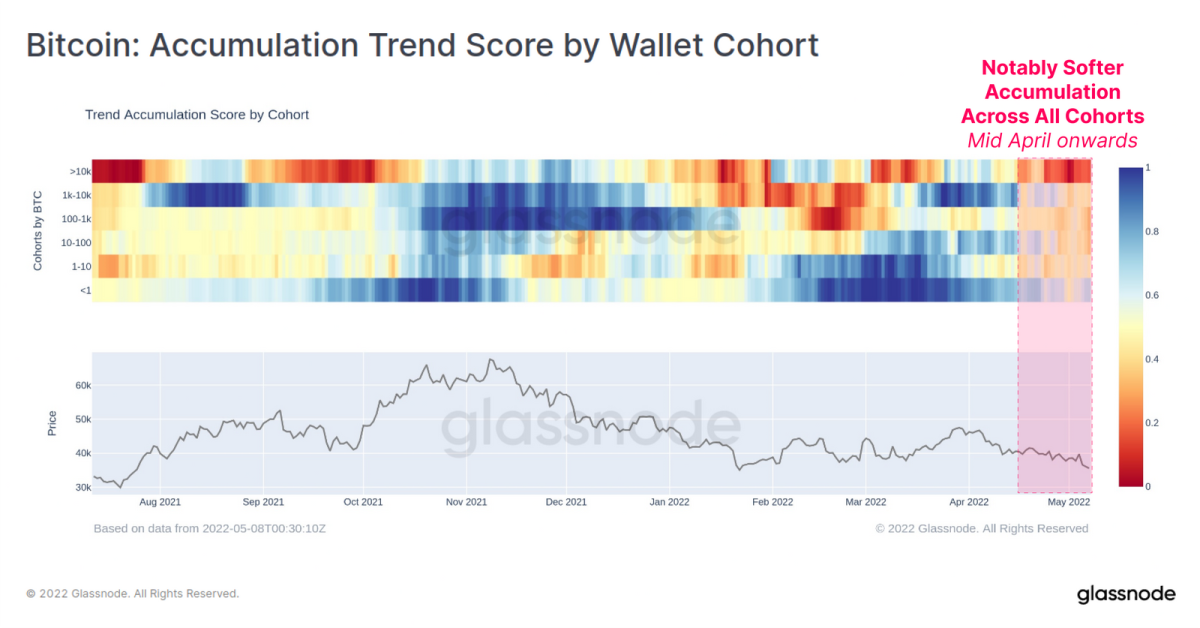 dThe average transaction on Bitcoin cost according to BitcInfoCharts at its peak midway through last week, nearly $3. That is almost a threefold increase compared to April 17, when you only lost 1 dollar for a transaction. The costs are now 15% higher than average.

dAll this probably means that pain can still be suffered: small investors can still sell. And that while at the same time there are signs that the market is now a bit overheated. Time for some green in between all the red?