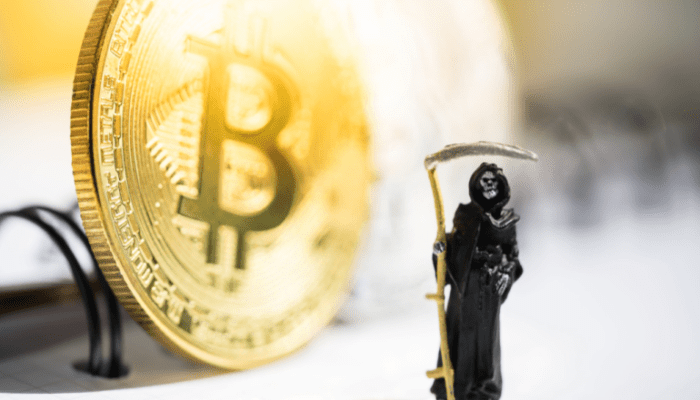 Yesterday at the end of the afternoon, the upward trend of bitcoin (BTC) suddenly seemed to come to an end. The bitcoin price fell by 5% in an hour. This price drop was all about the announcement of a mysterious US Department of Justice (DOJ) press conference about a ”major international cryptocurrency action”.

Crypto Twitter was bursting with speculation and many investors feared an FTX-like implosion from a major player in the crypto market.

According to Monaco, the Justice Department worked with the Treasury Department and French law to take action against Bitzlato for “operating a money transfer business that transported and transferred illicit funds and failed to comply with U.S. legal safeguards.”

The founder of the Hong Kong-registered crypto exchange, Russian citizen Anatoly Legkodymov, was arrested in Miami last night. Bitzlato is believed to have handled approximately $700 million in illicit funds over the course of its history, primarily in the form of transactions related to the dark web marketplace Hydra.

Monaco proudly hailed the arrest as “a major blow to the cryptocrime ecosystem” and it was seen as the most significant US action against a crypto exchange since the launch of the “National Cryptocurrency Enforcement Teamin October 2021.

It was clear on Twitter that the crypto community was breathing a sigh of relief. Bitzlato is far from a well-known name in the space and can be called miniscule in relation to the well-known crypto exchanges. Following the disclosure of the DOJ’s contents, Twitter was widely used to accuse the Department of unnecessarily provoking market hysteria.

In the bitcoin price, the roller coaster of emotions. After it was announced that the announcement was about Bitzlato, the price immediately rose by about 2.5%.

When Kiara Advani spoke from her heart about marriage plans