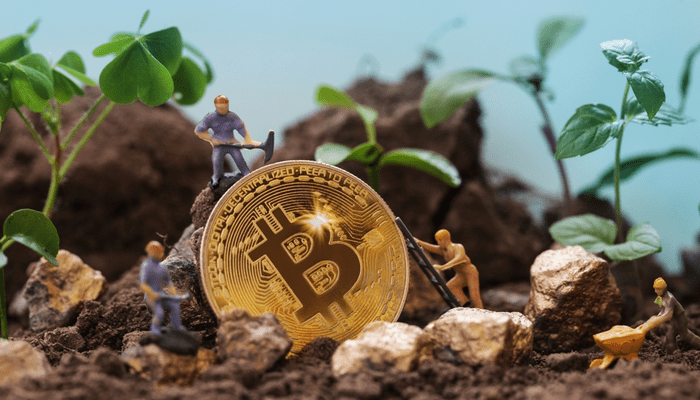 It was anything but a great 2022 for bitcoin (BTC) and the crypto sector. But there are plenty of reasons to look to the future with hope and optimism. One of those reasons is the growing sustainability of bitcoin mining. According to a new study by the Bitcoin Mining Council (BMC), 58.9% of all bitcoin is now mined with renewable energy.

It is positive news and a strong argument against the common criticism that bitcoin mining is an attack on the environment. However, a small caveat is needed: the BMC’s figures do not represent all bitcoin miners, at less than half of the total hash rate (48.4%) is represented by the BMC.

In addition to members of the BMC, the research also contains data from a large number of miners who are not affiliated with the BMC. However, the research does not provide detailed figures on the sustainability of the entire bitcoin mining industry. It is, however, an indicator that things are definitely going in the right direction.

“The results of this study show that members of the BMC and other participants currently use electricity that is 63.8% from renewable sources. Based on this data, the sustainability of the global bitcoin mining sector has increased to 58.9%. This makes it one of the most sustainable sectors on earth.”

Although the energy consumption is largely sustainable, that does not alter the fact that the remaining roughly 40% is not sustainable. In addition, the total energy consumption of bitcoin mining is no small matter. It is in fact at a whopping 102.3 terawatt hours (TWh) per year, according to estimates from the Cambridge Bitcoin Electricity Consumption Index (CBECI)almost as much as the whole of the Netherlands.

Proof or stake the solution?

Despite the fact that bitcoin mining shows a nice trend in terms of sustainability, the criticism remains. This is one of the reasons why proof of stake (PoS) systems are in demand. After the transition of Ethereum (ETH) to a PoS last September, its energy consumption decreased by 99.9%.

Enough reason to make the transition you would think, but according to bitcoin proponents, such a switch would be a big mistake for the network.