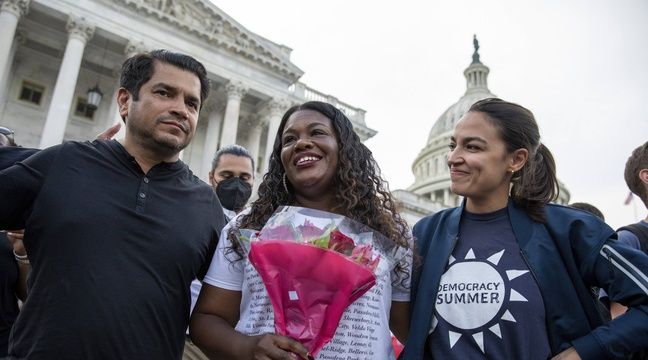 It had become a real friction between Joe Biden and the party’s left wing. US health authorities on Tuesday declared a new moratorium on tenant evictions through October, based on public health risks amid the Covid-19 pandemic, despite a Supreme Court ruling being misinterpreted.

“The emergence of the Delta variant has caused pollution to accelerate rapidly in the United States, putting more Americans at greater risk, especially if they are not vaccinated,” wrote the director of the Centers for Disease Control and Prevention. (CDC). , Federal Public Health Agency of the United States, Rochelle Walensky. “This moratorium is the right thing to do for people to stay at home and not in meeting places where Covid-19 is spreading,” he explained. This moratorium will run until October 3.

Even if it risks being challenged in court, “it will probably leave additional time” to pay tenants the funds allocated in February by Congress to help them pay their rents, President Joe Biden expected from the White House.

In particular, bureaucratic reasons considerably slow down these payments. Thus, only $ 3 billion has been distributed to distressed tenants, out of a total of $ 46 billion, of which 25 billion has already been sent to states and local communities.

A previous moratorium established in September 2020 by the CDC expired on July 31. A Supreme Court ruling in June stipulated that an extension should be approved by Congress, not decided by the CDC.

Anger against the president, accused of not having found a solution in time, had been making its way for days on the left wing of the Democratic Party. House politician Cori Bush, who was homeless, had been camping out in front of the Capitol, the seat of Congress in Washington, since Friday calling on Congress and the White House to act without further delay while 11 million people they were threatened with evictions.

“Today, our movement has moved mountains,” Cori Bush tweeted Tuesday, welcoming the news of the new moratorium on the steps of the Capitol, accompanied in particular by the young elect Alexandria Ocasio-Cortez.

Gill told his ‘success story’ to Rahul Dravid, said this for Rohit Sharma and Virat Kohli