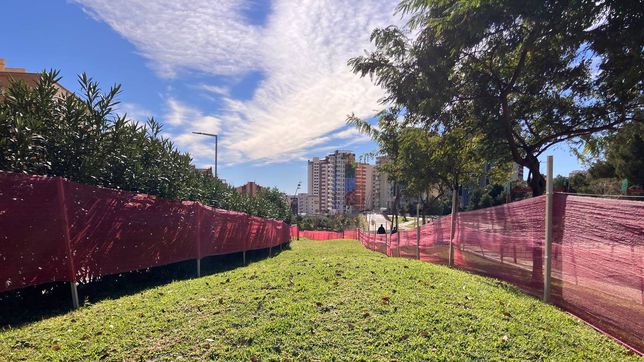 The Basque town of Igorre was, in 2011, the last time a cyclocross World Cup event was held in Spain. Now, after almost twelve years of waiting, Benidorm takes the baton for a weekend, especially tomorrow, which hopes to break all kinds of records in terms of attendance for an event like this in our country. The organization expects “about 15,000 people” in total, and it is that the 10,000 advance tickets for the Sunday test ran out a few days ago. Those that remain will only be at the box office.

Everything accompanies in Benidorm for the event to be a success: the great commitment to cyclocross in the city, the pleasant temperature, the high number of foreign people who meet on these dates in the Valencian town and who are expected to arrive in the next few hours (from Belgium, the Netherlands…) and an unbeatable lineup with Wout van Aert, Mathieu van der Poel and Tom Pidcock, the great dominators of the last decade, especially the first two. In a Spanish key, Felipe Orts, who participated in the design of the route, the national asset: “It will be a historic and unforgettable race.”

In a feminine key, Marianne Vos, the great legend of women’s cycling and world champion, will form on the starting grid along with the two great dominators of the current season, the Dutch Fem van Empel and Puck Pieterse. The first of them, in addition, could leave the general of the tournament sentenced if it adds six points more than the second at the finish line. In men, the winner of the season can also be defined.

To do this, Laurens Sweeck must add at least 16 points more than his compatriot Michael Vanthourenhout (European champion) in an electric duel marked by what happened a week ago in the Belgian championship, with the latter’s victory. This season the three big stars (Van Aert, Van der Poel and Pidcock) are not in the fight for this general, since they alternate the road with the mud and skip numerous cyclocross appointments…Although in Benidorm they will be from the game.