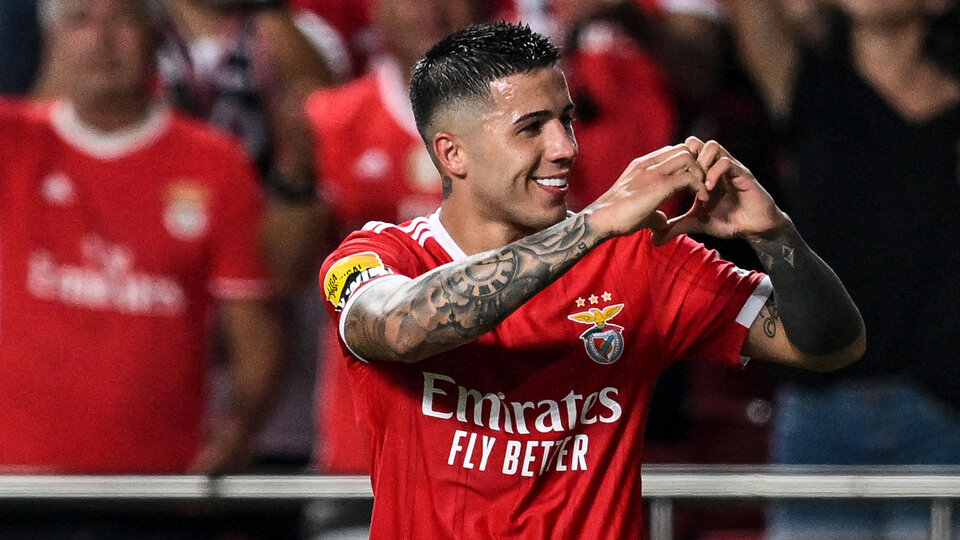 The technical director of Benfica of Portugal, the German Roger Schmidt, said on Wednesday that the Argentine midfielder Enzo Fernández is “very happy” in the club and trusts in his continuity despite the insistence of Chelsea, from England.

One week after the closing of the transfer market in Europe, the London club would present a new offer for the best young player of the last World Cup in Qatar 2022, but in Benfica they trust that he will stay to finish the season.

“I see Enzo in Benfica very happy and in great shape. I don’t expect to lose any of our regular starters. They are all focused and I hope it stays that way,” Schmidt said at the press conference prior to Thursday’s game against Paços de Ferreira , for the Portuguese League.

Enzo Fernández is a key piece of Benfica, which after 17 dates leads the league with 44 points, four behind Braga, and is preparing to play the round of 16 of the European Champions League. After a first offer rejected, Chelsea would return to the charge for the former River in the last days of the transfer market.

According to the Portuguese newspaper Record, the English would offer 100 million euros plus one or two players on loan as part of payment for the World Champion midfielder in Qatar 2022. Benfica’s position, meanwhile, is clear from the beginning since only will sell the 22-year-old footballer if the exit clause is paid, stipulated at 120 million euros.