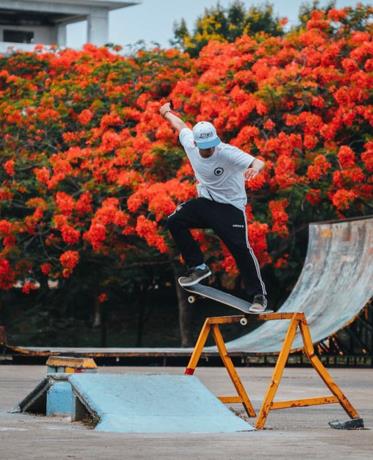 The Dominican duo made up of Oscar Martínez and Hayerling De Jesús will meet this Friday morning against the Curaçao team for the ticket to the quarterfinals of the men’s beach volleyball in Santa Marta 2022.

The day is scheduled for 10:45 in the morning on the main beach volleyball court, which is competed in the 500-year-old Multisports Park in El Rodadero, Santa Marta, the main venue for the I Central American and Caribbean Games of the Sea and Beach.

The Dominicans will face Dimanche Leonard Elsevijf and Timothy Justin Van Henneigen from Curaçao for the pass to the semifinals on the third day of competition for that sport.

Until now, Martínez and De Jesús have a record of two victories without defeats, even with one game remaining against Venezuela.

The Dominicans are in second place in group B.

Beach volleyball is taking place from last Wednesday the 23rd until the morning of Saturday the 26th.

The athlete Ramón Rafael Solano will debut this Friday in the skateboarding competition in the sixth day of action of the First Central American and Caribbean Sea and Beach Games that are held in Santa Marta, Colombia.

Solano, who competes in the street modality of that sport, will see action at 3:00 p.m. local time (4:00 p.m. for the Dominican Republic), according to the Santa Marta 2022 competition schedule.

The skateboarder will seek to move on to the skateboarding finals, which will take place on the track of that sport in Parque Camellón de Bahía del Rodadero, Santa Marta.

In this modality, 14 athletes from eight countries participated. Eight of the 14 will go to the next phase to dispute medals.

Ramón, who is a native of El Invi de la Independencia, indicated that the objective is to compete with gallantry, but above all he wants to have fun in the multi-sport event.

“My intention is to win and give it all, but rather I want to have fun and have a good time in the park,” said Solano before leaving for his first day of training.

So far, the Dominican Republic has a total of three medals achieved in Santa Marta 2022.