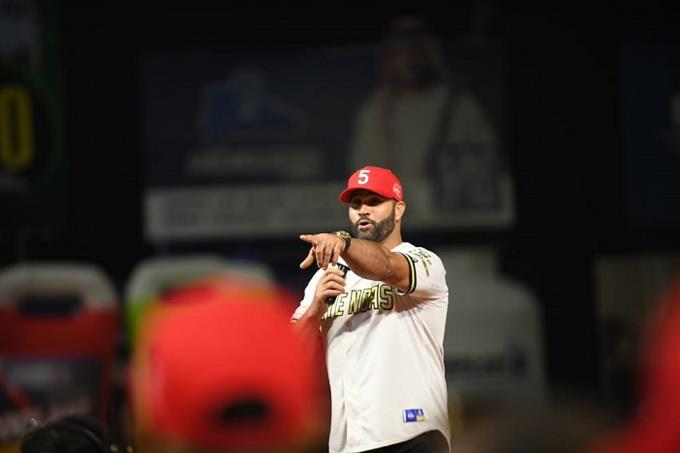 With a display of stars from yesterday, present and forever in Dominican baseball, the Federation of Professional Baseball Players celebrated Legends Day in honor of the career of former Major League Baseball player Albert Pujols, at the Quisqueya Juan Marichal Stadium.

The central figure of the event was Pujols, who received a standing applause from everyone present when he entered the field and immediately in his speech thanked God, his family, friends and all the fans for always supporting his career.

Placido Polanco. who hosted Pujols in 2000 when he was called up by the St. Louis Cardinals, introduced the now-retired player.

The tribute, which had the motto “The four we are all the five”, raised funds for the Pedro Martínez and Nelson Cruz foundations.