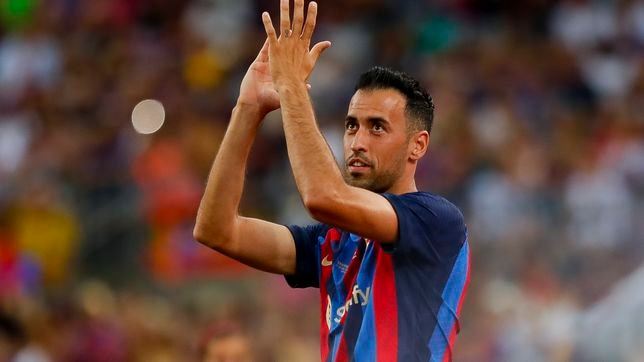 Sergio Busquets will finish this season with FC Barcelona and then he will sign for Inter Miami in Major League Soccer and thus end his time at the Blaugrana club. The news was advanced by Cadena COPE and, contacted with sources from the Blaugrana club, This newspaper can confirm that in Barcelona they still do not have official confirmation of the news, but that they consider “95 percent” lost.

The news, in the more than likely case of being confirmed, is taken in two different ways: On the one hand, the technician Xavi Hernández receives a setback because his idea was to convince his captain to continue for another year And that was one of the duties that the Blaugrana coach who had a conversation with the midfielder pending had taken to Qatar.

But on the other hand, from the board of directors -and more specifically from the football department directed by Mateu Alemany- this decision is considered as a relief to the finances of the entity. Mateu Alemany already warned in the last Assembly that the club was counting on the “out-of-market and higher salaries of the squad to disappear shortly”.

After the withdrawal of Gerard Piqué, that of Busquets arrives and Alemany is closer to achieving its objective.

Busquets ends contract on June 30 and then he will be free to sign for Inter Miami, a team that also sounds like a possible destination for Leo Messi when his contract with Paris Saint-Germain ends. Inter Miami is chaired by David Beckham. In this Florida team he could also meet his former teammate Luis Suárez, who after the World Cup could join the Miami franchise.

Busquets has been 15 seasons in the FC Barcelona first team, with whom he has played 696 games so far, in which he has scored 18 goals. The one from Badia occupies third place on the podium of players with the most appearances in the history of FC Barcelona, ​​after Leo Messi (778) and Xavi Hernández (767).

In this newspaper we already explained that Xavi wanted to convince Busquets to stay for another year, but Sergio was not at all clear about it. He is a little disappointed by the incessant criticism he receives by an increasingly toxic environment and always being the one pointed out in all the team’s defeats. Hence, his decision seems final.

Xavi will continue to count on him as a fundamental piece of his scheme. Not surprisingly, the captain this season He continues to be an indisputable piece on Xavi Hernández’s board and, at 34, remains unalterable among the players most used by the Spanish coach. In fact, looking at the numbers, he occupies the not inconsiderable fifth position, only surpassed by Ter Stegen, Lewandowski, Pedri and Dembélé.