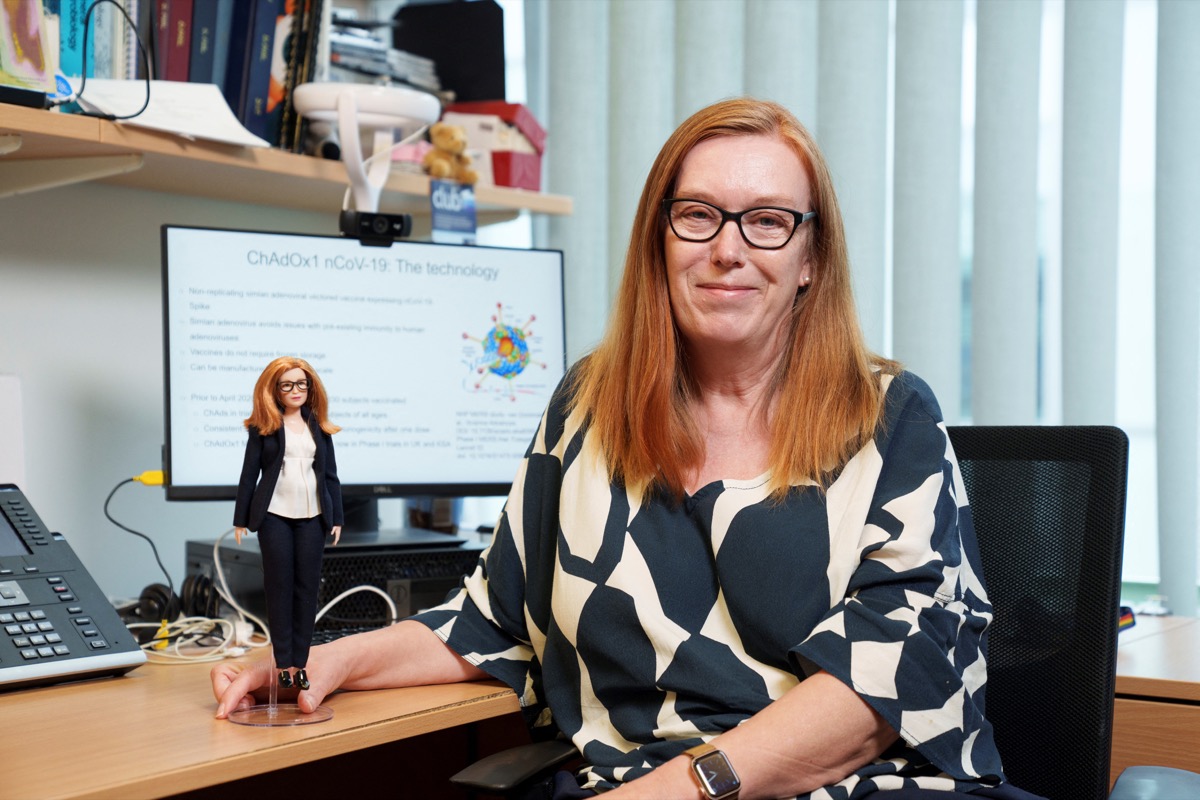 Toymaker Mattel has announced that it has created a Barbie doll in honor of British scientist Sarah Gilbert, co-creator of the AstraZeneca vaccine against Covid-19.

This Oxford University professor of vaccinology, who was knighted in June by Queen Elizabeth II for services to public health and medical research, initially found this initiative “very strange.” In a statement, however, she said she hoped it would “inspire the next generation of girls to work in science, technology, engineering and math.”

In addition to Sarah Gilbert, the firm has revealed five new models in tribute to women who work in the field of science, explaining that it wants to “inspire the next generation, to take an example from these heroes.”

These collector’s models, which will not be for sale on a large scale, depict American caregivers Amy O’Sullivan, an emergency room nurse at Wycoff Hospital, and Audrey Cruz, a Las Vegas anti-discrimination doctor, as well like the doctor. Canadian Chika Stacy Oriuwa, Brazilian biomedical research scientist Jaqueline Goes de Jesus, and Australian doctor Kirby White, co-creator of a reusable gown for nurses.

More than 1 billion Barbie dolls have been sold worldwide since their launch by Mattel 60 years ago. Faced with criticism of the superficial image of the toy, the brand has been diversifying its look for several years.

Succession: the PER, an ultra-efficient tool for transmitting tax-free