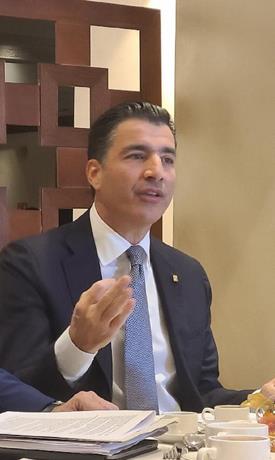 The Banco Popular Dominicano (BPD) reported in Madrid, Spain, that its loan portfolio to the tourism sector ended the year 2022 with a balance of US$1,011 million.

By offering the information at an institutional breakfast, as part of his first activity of his participation in the 43rd International Tourism Fair (Fitur 2023), the executive president of the financial institution, Christopher Paniaguaexplained that this Banco Popular loan portfolio was equivalent to 44.5% of the financing granted as a whole by the national financial sector to tourism in November 2022, thus underlining the role of the bank as the largest historical financier of this industry.

Meanwhile, Popular Bank, a subsidiary of Grupo Popular with an international license that operates from Panama, closed its 2022 loan portfolio with a balance of US$193 million, which added to the US$1,011 million of the BPD represents a general balance of US$2,204 million. .

Paniagua also said that US$165 million in loans outstanding approved, for the construction of 2,200 rooms.

During the meeting with the representatives of the media, the executive president of the BDP was accompanied by a team of executives, where he highlighted the great work of the government authorities, the Mitur and the monetary authorities of the Central Bank and the Superintendency of Banks for the recovery of the sector and the growth and stability of the Dominican economy.

The bank’s relationship with tourism began three decades ago, with a vision of the potential of this economic activity for national development.

This determination was later strengthened in 2007 with the creation of the first banking business unit dedicated exclusively to serving tourist clients, dedicating considerable efforts and a team of specialized professionals to accompany the sector.

In this way, in the last eight years, Popular has approved financing to support the tourism industry for more than US$1.6 billion, considering the facilities approved and in the disbursement process, thereby facilitating the construction or remodeling of more than 15,000 rooms. and contributing to the generation of direct and indirect jobs for the benefit of more than 28,000 people and their families.

The Popular Tourism Business team has identified some 14 financing prospects linked to the development of the hotel sector in 2023, it was reported here in Madrid, which are in the process of negotiation and will be developed in the next three years.

These prospects exceed US$640 million in financing and, once completed, would add around 3,900 additional rooms to the current offer.

In addition, disbursements for some US$165 million are approved and pending from last year, which will translate into another 2,200 hotel rooms.

Meeting with the media

This information was offered at a meeting of bank executives with directors of the media and journalists attending Fitur 2023, in which Christopher Paniagua, executive president of Popular, highlighted the bank’s leadership in terms of financial support to the tourism and the health of its portfolio with zero delinquencies, the result of the commitment of foreign and local investors.

“Today we have US$165 million pending disbursement, which will impact the construction of more than 2,200 hotel rooms. Likewise, in the negotiation process we have 14 new financing prospects linked to the development of the hotel sector, for the next three years”, indicated the executive president of Popular.

José Hernández Camaño and José Manuel Cuervo, among others, also participated in the activity, which took place at the Meliá Fénix Hotel. executives of the BPD.

New EU aid to Ukraine on 344th day of conflict