Babar Azam T20 World Cup: Babar Azam is in bad shape. In Pakistan these days, every other person is asking you questions. Even former cricketer Kamran Akmal says that he should not have become captain. Shoaib Malik, on the other hand, accuses him of being biased. The biggest injury is being received with his bat, which has become completely silent. For all this, Pakistan is also being beaten in its own hunting ground. The bottom line is that Babar Azam is in danger.

Pakistan’s captain Babar Azam had come under attack only after the loss in the first match against India in the Asian Cup. He scored only 10 runs in this match as India defeated Arch Rivals Pakistan by 5 wickets. However, after this, Pakistan won three straight matches in this tournament. He defeated Hong Kong. By defeating the Indian team in the first match of the Super Four round, they also equaled the tally of the previous loss. Following this, he secured his place in the final by securing a miraculous victory in the final against Afghanistan. But in the midst of all this, his bat was completely silent. He scored 9 runs against Hong Kong in the group stage. He scored 14 runs against India in the first round match of the Super Four and couldn’t even open the score against Afghanistan.

Babar was overshadowed by defeat in the final

Babar’s real problem began with the final match of the Super Four round. In this match against Sri Lanka he scored 30 runs but the team lost. Now it was the turn of the final match and once again the Sri Lankan team was in the lead. The Pakistani captain also failed in this battle for the title. Only 5 runs came off his bat and Sri Lanka became the king of Asia by winning the match. 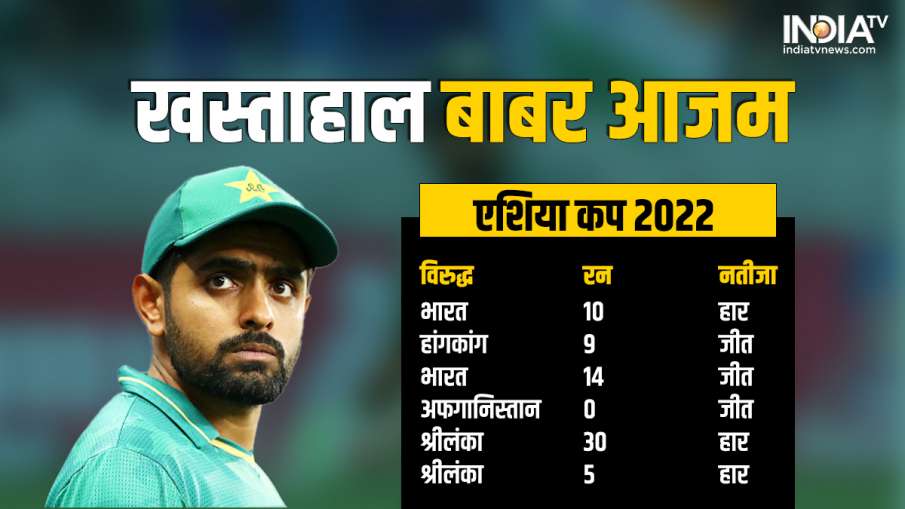 Captaincy may be snatched for poor T20 World Cup performance

The loss in the Asian Cup turned the world’s most influential batsman into a mediocre cricketer. Pakistan’s biggest star was overshadowed in his own country. If Babar’s bat doesn’t make a sound in the upcoming 7-match T20 series against England, then his problem may multiply. If this star from Pakistan didn’t show the brilliance of him even at the T20 World Cup to be held in Australia, then believe me, the eclipse over him can swallow him too.

Pakistan has always been aggressive and sentimental about cricket. The story goes that the people and officials there can’t easily digest the team’s defeat. In such a situation, Babar Azam must be careful about the history of his country.