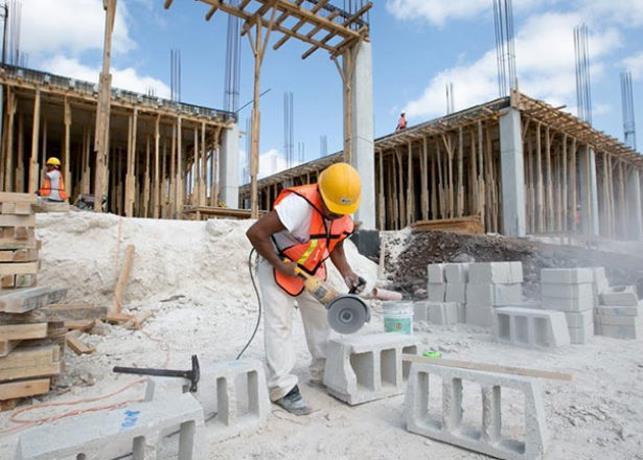 The Central Bank of the Dominican Republic (BCRD) reported this Tuesday on the measure adopted by the Monetary Board on January 12, 2023, regarding the use of legal reserve resources for the channeling of loans for the construction and acquisition of homes for low cost (which currently has a value of up to RD$4.5 million).

He highlighted that at the end of 2022, close to RD$21,000 million were returned to the entity, corresponding to a legal reserve release process, carried out in 2017, for the financing of productive activities.

In this sense, the Monetary Board authorized the relocation of RD$21,424.4 million to the construction sector, whose activity has a high impact on the national economy and has been significantly affected by a turbulent international environment and its effects on market interest rates. registering a real growth of barely 0.6% year-on-year in the period January-November of the year 2022.

The institution communicated that the resolution approved by the Monetary Board establishes that the released resources will be allocated in a 80.0% to the acquisition of low-cost housing and 20.0% to interim loans for its construction.

Likewise, financial entities must channel these financings at an interest rate that does not exceed the 9.0% per yearin terms of up to 5 years for the acquisition of homes and 2 years for construction (interim).

With this operational decision, the effective legal reserve rate of the Central Bank would remain at the levels prevailing before the expiration of the measure adopted in 2017.

In addition, he pointed out that this measure does not modify the current restrictive monetary position, by leaving the legal reserve ratio unchanged for the different financial intermediation entities.

Said restrictive position is observed in the behavior of the monetary aggregates that have moderated their growth until reaching rates well below the expansion of the nominal gross domestic product, consistent with the guidelines of the Monetary Program of the Central Bank. For example, at the end of the year, the growth of the circulating medium (M1) slowed down to close the year at 10.2%, while the broad money supply (M2) expanded by barely 6.8% and money in the broad sense (M3) by 5.4% YoY.

He stressed that, in accordance with the provisions of Monetary and Financial Law 183-02, the provisions of this resolution have been sent to financial intermediation entities for their effective application as of February 1 of this year.

The Central Bank of the Dominican Republic reaffirmed its commitment to the good performance of the economy and will continue to closely monitor external and internal conditions to adopt the necessary measures that seek to preserve price stability and the proper functioning of the financial and payment systems. .