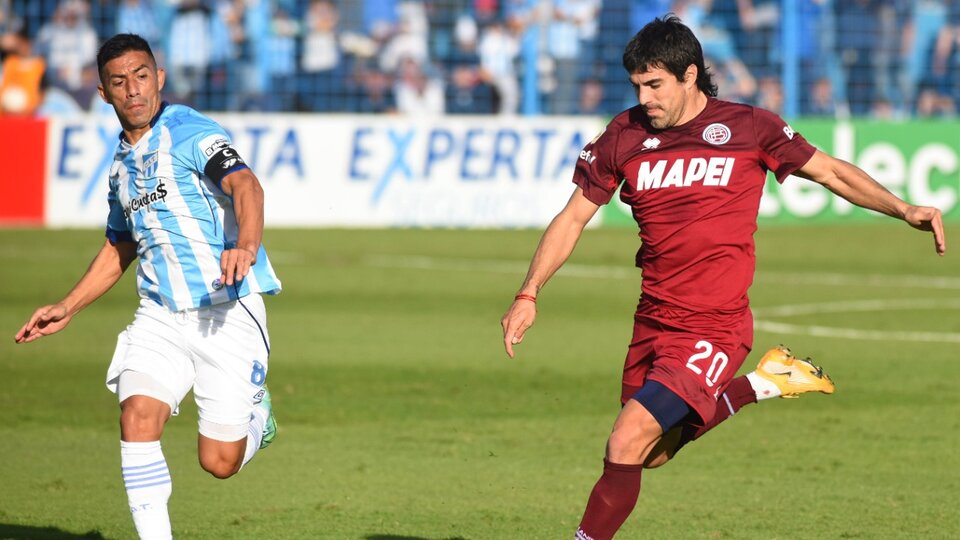 Atlético Tucumán reversed the result and defeated Lanús 2-1 at home, in what meant their first victory in the Professional Football League, in a match on the third date.

The star of the match, Ramiro Carrera, converted twice for the Dean in José Fierro de Tucumán, while Lucas Varaldo opened the scoring for the visit.

With this win, Lucas Pusineri’s team reached five points. Lanús remains at the bottom of the table with two units.

The first stage was even. Atlético Tucumán was close to opening the scoring due to an error by goalkeeper Monetti, but Lanús took the lead with Varaldo’s header, which meant his first goal as a professional, when he took advantage of a poor clearance by the defense.

The locals, who had just tied with River at the Monumental, came out with everything in the second half and began the comeback with a great mid-range goal from Carrera. The high, hard shot slammed into the angle, despite Monetti’s lunge.

Then, Carrera himself received a foul from Matías Pérez in the area and through the penalty kick he made it 2-1. Atlético Tucumán, which under Pusineri’s management has gone six games without losing (2 wins and 4 draws), achieved an important victory in its fight to stay in the first division.

Black Friday is coming: find a way to attract even more customers

IND vs NZ 2022: Shreyas Iyer’s big statement when comparing himself to Virat Kohli, he said this