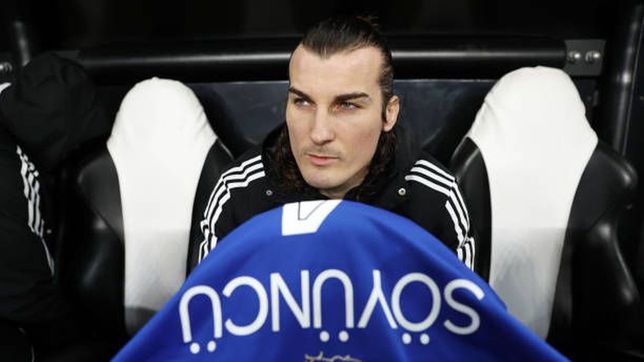 Atlético plans to reinforce not only the attack, but also the center of defense. In this case there is no doubt and the chosen one is Çağlar Söyüncü, from Leicester, his team until June 30, the end date of the contract. The 26-year-old Turkish international reached a verbal agreement with the rojiblanco club and has recently obtained a pre-contract to fix his future. That is why the central defender does not answer the offers of other clubs such as Inter and Juventus. But his arrival can be anticipated.

The Atlético board is negotiating with Leicester to have him on the team from this winter market. Söyüncü’s will is also to be in Madrid as soon as possible. If Atlético reaches an agreement with the English club, the footballer will sign a five-and-a-half-year contract, until 2028. If not, you already have a pre-contract that will last five years, starting in the summer. The Turkish center will earn more than five million for each year.

It is an operation very similar to that of a year ago with Reinildo and Lille. Atlético tied the footballer for the summer, but the insistence of the Madrid club and that of the player himself ended up speeding up the operation and the Mozambican to the Metropolitan at the end of January. In this case, it is the same. If Söyüncü reaches the end of the season, Atlético will not have to pay a transfer to Leicester. The rojiblanca sports management tries to convince the English for a moderate price to sign the player in this market.

The movements of the red and white defense may not stop there. The arrival of Söyüncü may imply the departure of Felipe, that barely enters Simeone’s plans. However, the two could also coincide in the squad, as there is a key for which five centrals may not be too many: the possible sanction of FIFA to Giménez. That is to say, the operations of Söyüncü and Felipe are linked in some way (the Brazilian will not leave without a substitute), but one does not imply the other.

“Spy balloon” shot down by the United States: China expresses its “strong dissatisfaction” and castigates an “excessive” decision

“Cupra’s bet in competition is electric”