His life story was completely different from this Nanda movie song ‘Toofan ko aana hai, aaar chale jaana hai, badal hai ye kuch pal ka chha kar dhal jana hai’. Nanda didn’t like working in movies at all, but his compulsion made him a star. The true story of Nanda is nothing less than the story of a reel. Despite not wanting to, Nanda had to become an actress. The journey from Kolhapur to Mumbai was difficult for Nanda, the famous film actress of her time. Nanda was the daughter of Vinayak Damodar Karnatki, a well-known Marathi film actor from Kolhapur, and the niece of veteran V. Shantaram. People used to affectionately call Nanda’s father by the name of Master Vinayak. As much as Nanda’s father was fond of movies, Nanda used to run away from movies. Nanda never wanted to work in movies. But her father wanted him to make a career acting in movies and become a great actress.

The shadows remain, the remains are a sign, life is nothing more than your story, something similar is the story of the Bollywood actress Nanda. Once upon a time when Nanda was only 7 years old. When she came home from school, her father said that Nanda has to play the role of a boy in a movie, for which she has agreed to the producer-director. But to play the boy, she will have to cut her long hair. What happened then, poor Nanda couldn’t stand her father’s insistence and agreed to keep her father’s mind. Poor innocent Nanda could not stand the insistence of the parents and gave up and said yes to this role, but she made one condition. She said that this is the last time that she works on a movie, because she doesn’t like working on movies. It is said that nobody moves against the will of God, and a person thinks and happens, is the one who sends it writing in the fate of the above. At the age of 7, when Nanda cut her hair for the role of the boy in the film, she cried a lot. But she played this role to fulfill her condition. No one can change the writing of destiny. She played this role to fulfill her father’s word, but poor Nanda did not know that this is her father’s last wish that she is fulfilling. When Nanda was 8 years old, her father, Vinayak Damodar Karnataki, died suddenly. Due to which the condition of her house began to deteriorate. Seeing the poor financial situation of the house, poor Nanda had to break her own condition. Ella nanda she resorted to the cinema to meet household expenses.

Nanda’s father, Vinayak Damodar, was a producer and director of Carnatic Marathi films. Apart from Nanda’s father, his uncle and other relatives of his were also in the movies, but after Nanda’s father died, no one helped him. She was alone. Whatever fame she garnered in movies is the result of her own hard work and diligence.

She did roles as a child artist from 1948 to 1956. Everyone used to call her by the name of Baby Nanda. By the way, Nanda’s family was very big. Family of six brothers and only Nanda to take care of. She had to feed everyone. In 1948, Nanda’s first film was Mandir, in which she played the role of a boy. After this movie, everyone started calling Nanda by the name of Baby Nanda. Seeing her perform, everyone would say that one day this baby Nanda will definitely become a superstar. By the way, what everyone said turned out to be true.

Eventually, his uncle V Karnataki gave him a break in the movie ‘Toofan Aur Diya’. She played the role of sister in this movie. This movie was a great success. Nanda gained recognition from this film, but even after this, she continued to land supporting roles for a long time. She started getting major movies like the movie Hum Do (Humdono) and Teen Deviya (Teen Deviya), in which she was the main character. The movie Jab Jab Phool Khile took Nanda to the top and seeing Nanda she became a Legendary Artist.

When you steal your body from something, the shakha-e-gul will mock my hand, you will further complicate your own whirlpool. Like these lines, Nanda had a film career. Nanda’s film career was very interesting. Nanda worked with many movie stars. Prem Rog, Joru Ka Ghulam, Badi Didi, Family and I don’t know how many great movies he did. 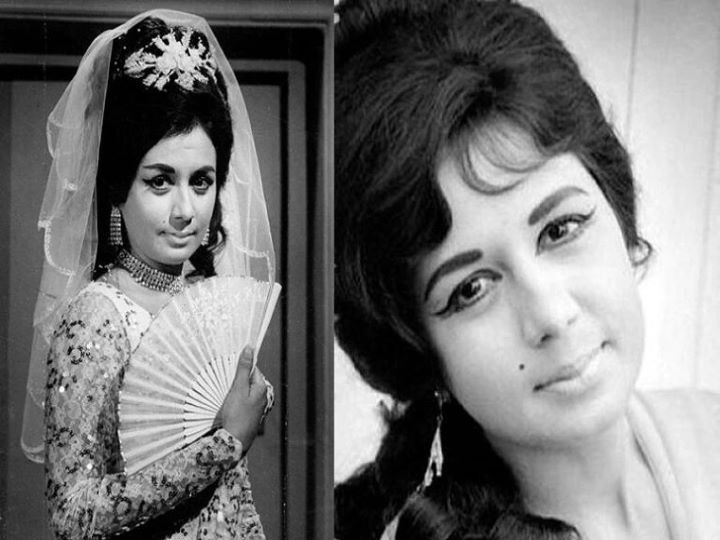 Nanda was one of those actresses who never married. The reason for this was that the person she loved was already married. Film producer Manmohan Desai, who was also affectionately called Manji by people. Manmohan and Nanda loved each other very much. Since you started to know me, the moon became the sun, two eyes were mine, wherever you live, you will be seen, Nanda and Manmohan’s love story was like these lines. Manmohan made many movies like Roti, Chacha Bhatija, Parvarish, Amar Akbar Anthony in his career. Manmohan also played a major role in taking Amitabh Bachchan’s career to new heights.

After Nanda and Manmohan’s engagement, Nanda decorated dreams of marriage. The news of Manmohan Desai’s death on March 1, 1994 shocked everyone. She suddenly died falling from the balcony of the house, so Nanda was also badly injured. After Manmohan’s departure, Nanda also did not marry and spent her entire life as a single woman. It was said that when Manmohan died, her film career was not going well. Many of her films directed by her were flops. The reason for her death was also told about the ups and downs of her career. But some people thought that it was not a suicide but a conspiracy. Well, after a while this matter was closed.

In 2010, Nanda appeared in a Marathi screening of Natrang alongside Waheeda Rehman. She died on March 25, 2014 from a heart attack. She will always rule the hearts of her fans through her movies.

Captain America 4: Why and how Crossbones could make its big comeback in the MCU