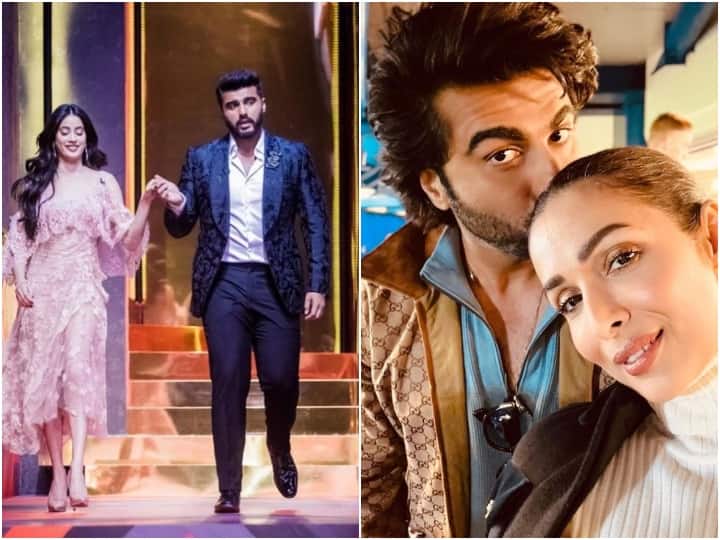 Bollywood actor Arjun Kapoor’s film ‘Kuttey’ has been released recently. Although the movie has not received a good response from the audience and the movie is gasping at the box office four days after its release. Amidst all this, ‘Kutte’ actor Arjun opened up about the insecurity of his stepsister and actress Janhvi Kapoor during an interview. Along with this, Arjun also talked about his “unique” connection with Malaika Arora and described their relationship as special.

In an interview with Siddharth Kannan, Arjun Kapoor said about Jhanvi Kapoor, “She is hungry for work. She is insecure. She is nervous and doesn’t believe in her potential. She is very comfortable with the fact that she is whose daughter she is.” and she is important. The choice of her is interesting because I think she has come to a time where you have to be fearless. She’s ready to take risks.”

Regarding Jahnavi Kapoor, Arjun Kapoor further says that Jahnavi’s future as an actress is very good because she is not afraid to experiment. He said, “She is taking risks and growing up, I think her future is really bright. We both talk a lot. We talk about everything from old Hindi movies to what kind of movie she wants to do.” a solid equation when it comes to talking about work.

During the interview, Arjun Kapoor also talked about his relationship with Malaika Arora. The actor said, “Having a partner who keeps you safe and grounded will reflect on your daily movements and thoughts. It has definitely allowed me to be my own person. We both fit into each other’s lives very well.” Arjun further says that even though we have a unique relationship from society’s point of view, that is the main reason why I can sleep happy and wake up happy.

Talking about Arjun Kapoor’s work front, his latest film ‘Kutte’ was released in theaters on 13th January 2023. The film is produced by Luv Ranjan, Vishal Bhardwaj, Ankur Garg and Rekha Bhardwaj under the banner of Luv Films and Vishal Bhardwaj Films and presented by Gulshan Kumar and Bhushan Kumar’s T-Series. The music for the film is provided by Vishal Bhardwaj and the lyrics are written by Gulzar. Arjun will soon be seen in ‘The Lady Killer’ with Bhumi Pednekar. The actor has collaborated with Bhumi for another film, which will also star Rakul Preet Singh.

Artificial meat dishes will now be available in the market