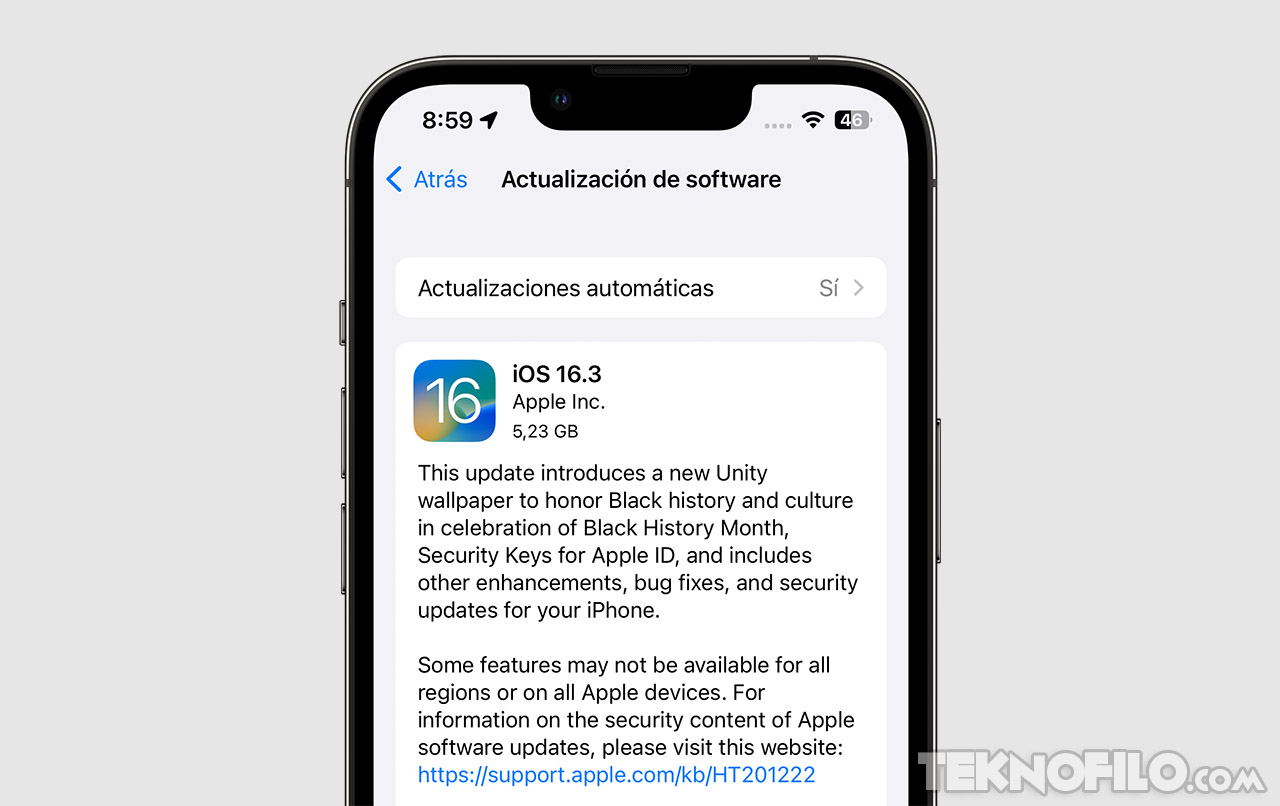 Apple yesterday published a Press release in which he detailed how he celebrates Black History Month. At the, the company reported that iOS 16.3 will be released next week along with watchOS 9.3.

New software updates will likely be released on Monday or Tuesday and will include several new features as part of this special month, including a new Unity 2023 watch face and Unity iPhone wallpaper.

The watch face will be available on Apple Watch Series 4 and later, as those are the only devices compatible with watchOS 9.

In addition to these updates, iOS 16.3 will also come with support for physical hardware security keys for Apple ID. In addition, Apple will also introduce more improvements to the SOS emergency call.

Just like iOS 16, the upcoming update will only be released on iPhone 8 and later.