Apple stock continues to set records this week, with a new all-time high of $ 165.70 in yesterday’s session, continuing the momentum of last week. Recall that the Apple share posted 5 consecutive sessions of increase, totaling a gain of more than 7%.

And while a pause is expected today, the motivations for the recent stock rally are strong enough to hope for a sustained rise. In this analysis, we will therefore come back to the reasons for the rise in Apple shares in recent days, and we will assess the opportunity to position ourselves. 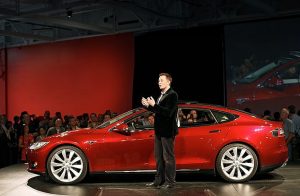 The action Apple has indeed largely benefited last week from the confirmation by Bloomberg that the technological giant “is trying to accelerate the development of its electric car” and “refocuses the project around full capabilities of autonomous driving”.

By dabbling in self-driving cars, the apple-based firm is embarking on a complicated endeavor, with no autonomous driving system currently operational despite years of research by several tech giants, including Alphabet and Uber.

But it is Tesla, the market leader in electric cars, which is reputed to have the biggest technological gap over its competitors in terms of autonomous driving. Yet Elon Musk’s company is far from offering fully autonomous cars, and accidents related to malfunctions of its driver assistance systems regularly make the headlines.

According to information from Bloomberg, Apple plans to launch its autonomous car in four years, earlier than the five to seven year deadline mentioned in previous rumors. But the technological challenges to be met to achieve this remain numerous, and the commercialization of an Apple autonomous electric car in 2025 remains uncertain.

But analysts seem confident. Dan Ives, analyst at Wedbush Securities, for example estimated in a note published yesterday that there is a “75%, 80% chance” that Apple will build the car that Bloomberg spoke about last week. Indeed, the analyst goes so far as to say that “it is a question of when, not of if”, even going so far as to advance the year 2024 as the probable release date of the autonomous Apple car. 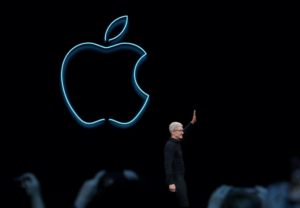 If we are to believe the reaction of investors to the Bloomberg information last week, Apple’s entry into the electric car market could change everything.

In recent years, many analysts have expressed concern about maturing iPhone sales, which promised less sustained growth in Apple sales. The company had succeeded in reassuring by developing its service offering and making a significant source of income, but an activity in the field of autonomous electric vehicles could give a whole new dimension to the action of Apple, already the largest company in the world. .

Finally, it will be recalled that professional bank analysts mainly recommend buying Apple shares, with an objective assuming a potential gain of around 5%.

However, now that it is clear that Apple will be moving into self-driving cars, we can expect analysts to revise their targets upwards in the coming weeks, to take into account the phenomenal prospects offered. by this new activity. So now might be a great time to buy before that happens!

67% of retail investor accounts lose money when trading CFDs with this provider. You should ask yourself if you can afford to take the high risk of losing your money.

Connected watch: The Xiaomi Mi Watch to enter in promotion on the official site

The iPhone 12 Pro Max on flash sale at Cdiscount