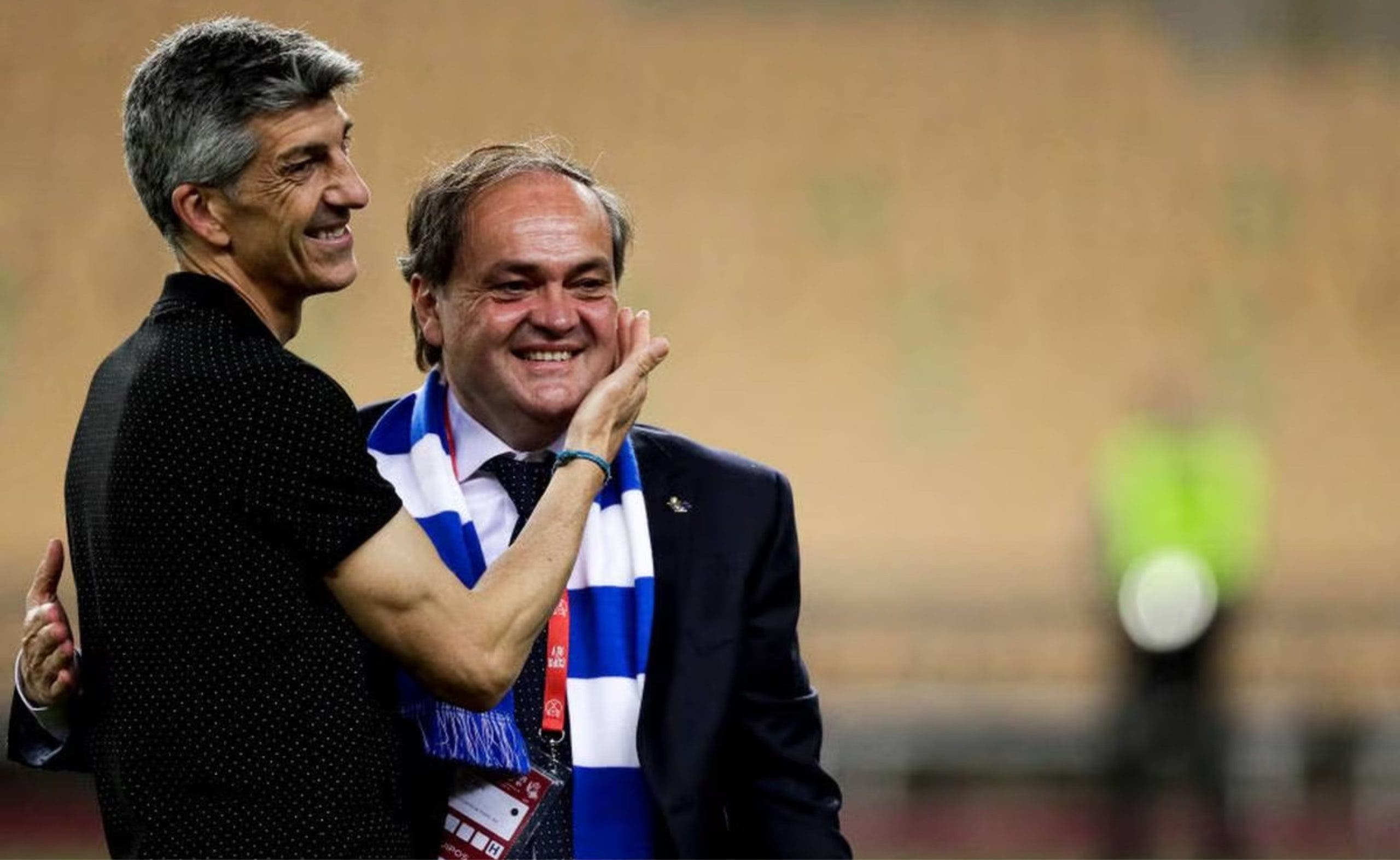 The president of the Txuri Urdin club has great hopes for this season after seeing the great work done by the sports director, the coach and of course the players

The campaign that the Real society it is currently one of the best in many years, and its president Jokin Aperribay dares to say how it will end. For all the presidents and owners of their respective teams, the desire is always to win The league and many more titles. For the royal leader, it is no exception.

Jokin Aperribay He dares to say that if the streak of victories and good games lasts longer than necessary, there is no doubt that he sees the Real society champion of LaLiga Santander 2022-23. He even ventured to say that the Copa del Rey is also on the list of ambitious goals for the Txuri Urdin team.

In a recent interview for a local media outlet, the president of the San Sebastian entity expressed his happiness at the good moment his team is going through. He then thanked all his collaborators such as the sports management, the coaching staff, and other club personnel, making special mention of the players and some in particular.

“We want to win the league. This year or whatever, but the goal is that. And for that we want people like Zubimendi to stay at Real Sociedad” Aperribay commented in an interview. The president is right that key players like the ex-canterano, Mikel Merino, Mikel Oyarzabal, David Silva, Momo Cho or Umar Sadiq, will be the great artifices this year.

In LaLiga Santander, the real team marches as third, 6 points behind leader Barcelona, ​​although the latter have one game less. However, the advantage they take to the fourth (Atlético) is 7 units. In the absence of a commitment to end the first part of the league, the Basque team is excited to win their third league title that they have not achieved for 41 years.

Going on to the Copa del Rey, precisely today they will face FC Barcelona in the quarterfinals, although the match will take place at the Camp Nou. The last competition is international and is the Europa League, where Real Sociedad went first in their group and now expects a rival in the round of 16.