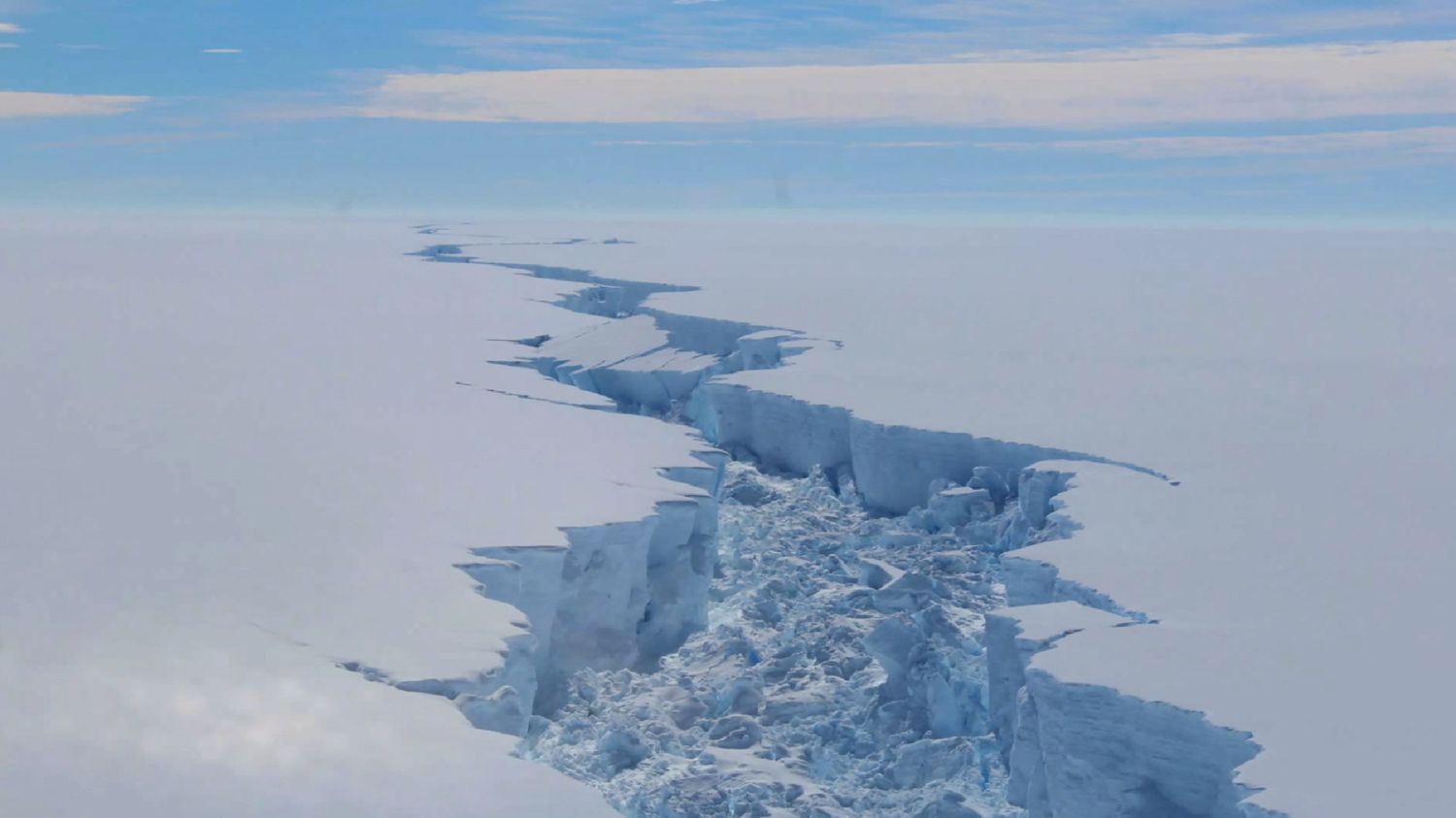 It is 1,550 square kilometres, more than 15 times the area of ​​the city of Paris. A huge iceberg has broken off from the pack ice in Antarctica, British scientists from the British Antarctic Survey (BAS) announced on Monday January 23. The block of ice separated from the frozen continent on Sunday, between 8 and 9 p.m. (French time), during a high tide which enlarged an existing crack on the ice, called Chasm-1, detailed the polar zone research organization, in a press release.

Even if the region is threatened by global warming, this phenomenon is not due to the average rise in temperature on the planet, said the scientists who work in particular from the British research station Halley VI, installed in the region. pole called Barrière de Brunt.

“This detachment was expected and is a natural behavior of Brunt’s barrier,” explained glaciologist Dominic Hodgson, quoted in the press release.

The glaciologists, present on site from November to March, have been observing the progression of vast cracks in the ice for ten years. Two years ago, an iceberg of almost the same size had already formed in the same area.

However, the continent is suffering the pangs of global warming, with record temperatures recorded last year, as elsewhere on the planet. The extent of the ice there reached in February 2022 the minimum ever recorded in 44 years of satellite observations, recently affirmed the annual report of the European program on climate change Copernicus. In 2021, the complete melting of an iceberg, 4,000 km north of where it broke off from the pack ice in 2017, released more than 150 billion tonnes of fresh water mixed with nutrients, worrying the scientists of the impact of the phenomenon on a fragile ecosystem.

The melting of the Antarctic ice cap, attributed to global warming linked to human activities, is leading to a rise in the level of the oceans with serious consequences for the entire planet. “Antarctic mass loss tripled in 2007–2016 compared to 1997–2006“, noted in 2020 a report dedicated to the cryosphere (link in .pdf) UN climate experts, the IPCC.

Panama beats Colombia 6-5 and gets its first win