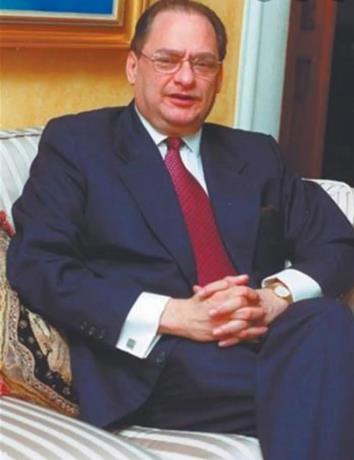 During these last few days, two notable Dominican economists, doctors Andrés Dahuajre Jr. and Magín Díaz, in their weekly columns published in two newspapers with national circulation, have exposed serious reflections on the situation of the Dominican public debt.

One expounds on the analysis contained in the latest evaluation of the Dominican economy carried out by the International Monetary Fund under article IV, where we are warned about the risk of the increasing weight that the payment of the public debt has on the national budget, and where Dr. Dahuajre correctly presents the important role played by the resources generated by the pension funds to finance the needs of governments to borrow, and that this debt is not greater in demand for external resources, which has avoided raising more the vulnerability of its payment in the event of an exchange crisis, and warns of the danger that it would represent for the maintenance of the macroeconomic stability of the country, that by a maddening congressional initiative, that important source of resources that has sustained the stability of our economy over the last 20 years.

In the other writing, Dr. Díaz exposes in his column, the arguments of four important economists from the University of Berkeley, among them Dr. Barry Echeingreen, where in a recent book they point out considerations about how important the external debt has been as a source of financial solution, so that governments can obtain in world markets greater public resources demanded by crisis situations, whether due to wars, pandemics, or due to the need to finance expenses in education and investments in public infrastructure.

Díaz expresses in the content of his presentation, on the need to raise the fiscal pressure by 5 percentage points of GDP, as a requirement for additional fiscal resources, noting that he has been sued by this government.

He talks about the worst exchange rate and inflation crisis of the last century caused by President Balaguer, a proven enemy of external indebtedness, by using resources from the Central Bank to finance his public investment expenses. For whoever writes, Balaguer’s actions during that period of 1986/90 overflowed the limit of rationality in the prudent management of public policies, by not making the effort to continue applying exchange, fiscal and financial stabilization reform policies that began in 1985, and that they sought to reopen the sources of external resources, which had been closed since the beginning of the 80s.

Contrary to that disastrous government period, the previous Balaguer governments, and between 1968 and 1977, the country managed to reach its highest average annual and accumulated levels of economic growth in the last 56 years, supported by high public investment spending and private, with low fiscal pressure, but high public savings, macroeconomic stability and a low level of external debt, without the elephantine public sector that today with its voracity in current expenses eats up 100% of public income. During this period, the most important economic reforms were also carried out that boosted the productive sectors, which have sustained the growth and dynamics of our economy. The subsequent reforms have been simply cosmetic, except for the fiscal, monetary, financial and foreign exchange reforms and a greater opening of the country to foreign markets, which were carried out starting in 1991. I want to emphasize that with low fiscal pressures, the country has achieved growth economic enviable for any other Latin American and Caribbean economy, reducing its poverty levels from 50% in 2004 to 21% in 2019, the year before the pandemic, an extraordinary reduction and not achieved by any other country within this Western Hemisphere. This behavior, and what was pointed out during the Balaguer period of low fiscal pressure and high levels of public savings and investment, are indicators that in our country the most important thing is to achieve an adequate and controlled management of public spending, rationalizing and reducing the institutional megastructure. to minimize current expenditure.

In addition, those five percentage points of GDP in increased tax pressure can be achieved by eliminating tax evasion and subsidies.

And if there is inequality in the distribution of income and wealth, these are not due to the quality of tax revenues; but of the way in which spending is applied, of the enormous public and private corruption, as has been demonstrated with the latest scandals, and due to the maintenance by the public power of markets for rentier goods and services granted to monopolies and oligopolies private, which set prices without competition, and where the formation of small and medium entrepreneurs is prevented from developing because they cannot penetrate these markets.

Our current debt has its main causes in structural and exogenous factors; the financing of the enormous losses in the electricity sector that have not been resolved since the 1970s, the banking crisis of 2003, the global economic crisis of 2009, the global pandemic, the enormous levels of national public and private corruption, and the current crisis caused by the sharp increases in the international prices of raw materials.

Now, our country faces enormous exogenous challenges, which it cannot face alone with its own public and private resources, and due to changes in the behavior of the global debt market, which require a modification in the debt profile, and a solution that allows you to go annually to reliable sources.

The main and most important challenge facing the country is its high vulnerability to natural disasters caused by global warming.

Every year our country is more exposed to the loss of human life and physical infrastructure, as well as losses of agricultural crops and livestock population, which originate the ever greater and more abundant hurricanes and tropical storms, the prolonged droughts, the fires forests, the loss of marine protection with the rise in sea level, which annihilates our beach tourism sector, and penetrates our freshwater aquifers with its salty waters, damaging the drinking water supply for the human population.

In short, our country urgently needs to equip itself with all the dams and drinking water reservoirs that are possible to build, cleaning the existing ones of sludge and garbage, equipping most of the agricultural areas with irrigation canals that allow us to increase and protect our areas cultivable, and providing drinking water in the construction of aqueducts to the entire population. To achieve these goals, the country has to modify the current debt profile, increasing multilateral debt, and reducing vulnerability to private bond markets.

In addition, the Dominican Republic, as an insular country, with enormous vulnerability to climate change, has the right, along with other developing countries with similar risks, and assuming its leadership, to ask multilateral organizations for a fundamental change in their credit policies, which allow these countries not to be subjected each year to the need to face critical situations due to the destruction of their assets, without having resources for reconstruction and risk prevention programs, and some of them, mainly in the Caribbean, with high levels of debt due to the destruction caused by recurrent natural phenomena, the pandemic and the current crisis of high international prices of raw materials, do not have access to the private debt market.

Loans granted in the future by multilateral sources of financing to these countries would carry a clause, whose amounts lent would become part of a revolving fund at maturity, to be used by the countries themselves, funding their public investment programs to face the adverse effects of climate change, and only the financial costs of using these resources would be transferred in payments to these organizations. Additionally, these financial costs could be offset by resources provided by developed countries to address climate change.

Egan: “This fourth place gives me motivation not to relax”