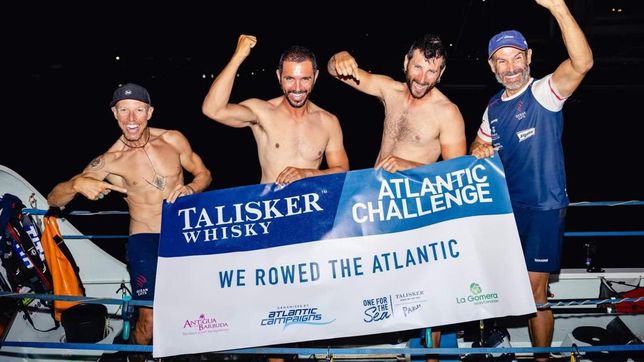 Telecommunications engineer and senior laboratory technician in the Food Technology Department of the Polytechnic University of Valencia (UPV) Juan Bautista Romero, was proclaimed champion along with his three companions in the Talisker Whiskey Atlantic Challenge, the rowing crossing of the Atlantic Ocean.

Romero is one of the four members of the ‘Ocean Cats’ team, which, in a totally self-sufficient regime, finished in first place in what is considered the toughest rowing journey in the world, after traveling 3,000 nautical miles between the island of La Gomera and the Caribbean of Antigua and Barbuda.

The four Spanish athletes took 32 days to complete this milestone, with an average of almost 95 miles daily.pushing a boat weighing more than one ton with changing weather conditions for the 43 boats that took the start.

Romero, who has also held the position of president of the Rowing Federation of the Valencian Community since 2001, has become, together with his shipmates, the first Spanish team to win this competition.