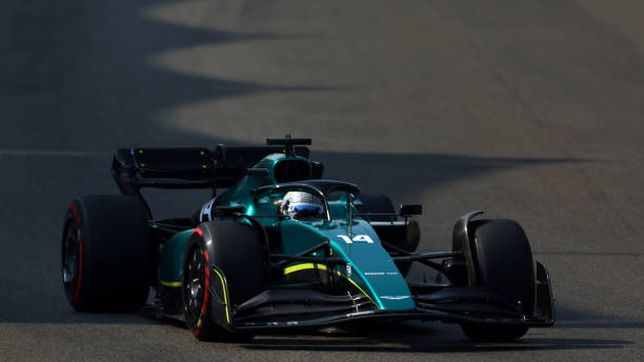 The signing of Fernando Alonso for Aston Martin It was the star movement of the market of the F1 in the past season. The Asturian leaves Alpine after two seasons and embraces the ‘green’ project, inheriting the seat left by Sebastian Vettel. And with no time to lose, he quickly got to work and had the opportunity to test the AMR22 in the past tests Abu Dhabi, immediately after the end of the championship. Alonso ‘parked’ the Alpine after the racehe changed the blue for green and the next day he had a first contact with what will be his new car for 2023, which will continue at the Jerez circuit next February.

It will be two days of tests with the PirelliTuesday 7 and Wednesday 8, according to the media motorsportin which they will also be, among others lewis hamilton Y George Russell, who will share track with Alonso. The Spaniard will get behind the wheel of the car from last season, as established by the regulation, which prohibits testing parts on cars that have not been used during the last world. In addition to carrying out the pertinent tests with the tyres, it will be important kilometers to become familiar with your new steering wheel, the pedals and the way of working in the house of Silverstone.

To see Alonso driving the AMR23 we will have to wait for the official tests of 2023which will be three days in the circuit of Bahrain, between February 23 and 25, a week before the start of the World Cup in that same setting (March 3-5). As an appetizer, the new car will be presented on February 13, as the team has already announced: “The live event will take place at our new Silverstone campus, in front of a select audience, and will also be broadcast across all our digital channels.