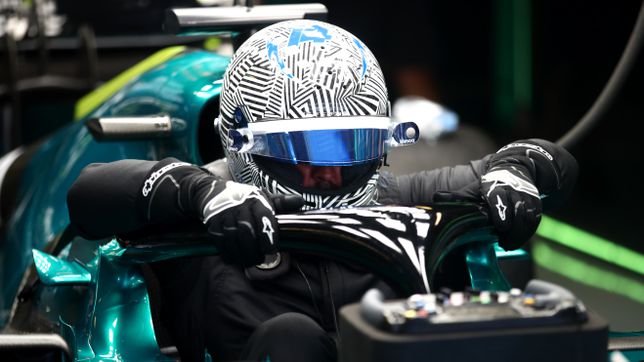 In the final stretch of the season, with a fast Alpine but one that continually weighed him down due to its unreliability, Alonso reiterated on several occasions the desire he had to test the green car, in reference, of course, to the Aston Martin. His new stage, the one in which he is looking for illusion again, began with a test day in Abu Dhabi that left the Asturian driver “happily surprised with everything” after taking a beating of almost one hundred laps (97). And now, The one talking about that day of testing at Yas Marina is his new boss, Mike Krack.

British media echo the statements of the Luxembourger at a press conference to present the factory being built in Silverstone, in which he analyzes how Fernando’s debut with his new team was: “He was fast right out of the box and his efficiency in conveying messages was very impressive.” And regarding the latter, his ease of communication with the team from the outset, he adds: “He was straight to the point at all times. Very kind, open and transparent”.

As the Abu Dhabi GP ended, adding one more abandonment with the Alpine due to a water leak, Alonso immediately changed the chip to face his first day with the Aston Martin with enthusiasm and, as Krack tells it, he infected everyone in the box, where De la Rosa was already serving as ambassador. “We could clearly see that everyone was very happy to have this guy in the car during the test. So I think maybe he lit another spark with his passion and desire to win the team over.” ensures.

“An example of dedication and motivation”

In just a couple of days (on Monday to adapt his measurements to the car and on Tuesday to test it) at Aston Martin they began to verify the tenacity and demand that characterize Alonso and of which he has shown a good example during his career, as he points out Krack: “With Fernando, I always give the example of that image in the Mexican GP of his frustration for not having finished seventh. This is an example of dedication and motivation. If you have someone with this passion and desire to win, it has an impact on the team.” And they have only just begun.

Putin threatened me with a missile attack over the phone, Boris Johnson reveals