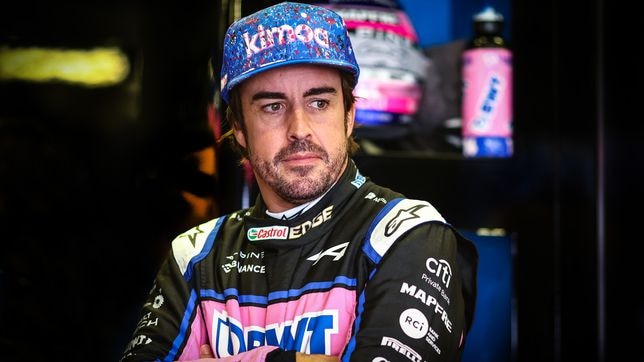 He just turned 50, but his spirit is still that of a teenager. Giancarlo Fisichella celebrates half a century of life by remembering his sports career, but above all his time in Formula 1, which ended in 2009. Although his age may seem like an impediment, the Italian continues to dedicate his life to what he is most passionate about: is part of a Ferrari GT’s program and, together with his partner Marco Cicoci, he now runs an academy “to help young pilots”. “With 50 it costs me more than with 20, I get more tired. But I’m fine physically and mentally, I feel like a kid.” recognizes La Gazzetta dello Sport for his birthday.

Despite having lived “precious experiences” throughout his time as a professional pilot, Life was already asking for a change and it was time to stop. His passage through great circus It is undoubtedly one of his greatest achievements and, although he did not have the opportunity to be crowned world champion, he is still remembered in the paddock as one of the greats. However, it is something that does not weigh on him and he feels more than satisfied with his journey through the competition: “I am happy. I wouldn’t go back to change anything. I ran 14 seasons in F1, with 231 grand prix. I took pole positions and wins and contributed to two constructors’ titles for Renault. Of course I would have wanted to win the Drivers’ World Championship, but you can’t have everything”.

Although in such a long career, it is difficult not to have some decision that you can regret over the years. One misstep can cost you everything in the sport. “What if I regret having arrived at Ferrari already in 2009? Yes. I arrived late, doing only five races, with a difficult car to drive and without testing. But racing with Ferrari was a childhood dream and At 37 years old, I couldn’t say no.” admits Fisichella, who, despite everything, admits to being very happy working hand-in-hand with those from Maranello: “Now I’m still part of their family with the GTs”.

Remembering his work in Formula 1, the Italian’s career is marked by proper names that, in a new interview, could not be missing. She had time to remember renowned characters such as Flavio Briatore, who had a great influence on his career: “What if he is the one I owe the most in F1? Not, although it was very important. Before anyone else I would say Giancarlo Minardi, the first to give me a car to debut in F1. Briatore took me to Benetton and then he wanted me to come back with him at Renault.

And if you have to ask about his strongest partner, Fisichella is clear about it for many reasons: “Alonso: fast, very prepared and never failed… Together we had two good seasons. In 2005, I started out winning in Australia, but then technical problems and other circumstances slowed my run to the title. I had to sacrifice myself for the team.” Although the title of the best in history has another name: ”Schumacher. Unfortunately, we never raced on the same team. I would have liked to see the telemetry. All in all, we shared very good moments. Sometimes she would get out of the car after a race or a soccer game and she hadn’t even broken a sweat”. And a bet for 2023? Nor does he doubt and bets on Sainz and Leclerc, being faithful to Ferrari: “The strongest couple in F1? They are the strongest or one of them. They both have the quality to be world champions”.