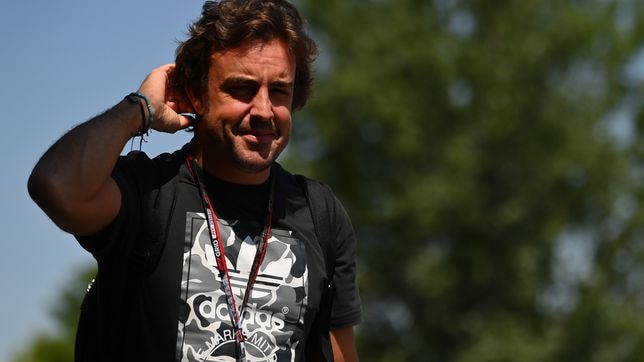 Once the Dakar and all its information maelstrom is over, motor news is returning to normal and Formula 1 begins to claim its place. In just a couple of weeks we will begin to learn about the 2023 single-seaters (with Red Bull taking the lead on February 3) and in just over a month the Bahrain tests (from 23 to 25) of a season in which Alonso will surely be one of the great protagonists and will cause people to talk in his new stage at Aston Martin. In fact, he already does.

One of the last to speak of the Asturian has been Pat Symonds, current technical director of F1 and who worked with Fernando in his golden days at Renault. “If you put him in the right car, I’m sure he could still win races.” assures the Briton, who highlights the “fabulous ability” that the Spaniard has: “You have to remember that he ‘only’ won the World Cup twice, but he finished second many times (three) and in any of those times he was not far from winning. I could have been champion five times, but a little by fate…”.

“Fernando’s mind is as sharp as ever,” says Symonds in the forum Autosport International, where he gives a key to why Alonso continues to hold his own at the highest level at 41 years of age: “An 18-year-old boy can get on and drive like Stroll did and, in fact, like Verstappen did, up to 40 because the cars They’re not terribly physical to ride in terms of upper body strength. You still need a reasonable amount and be able to resist the G-Force, but if you keep training, you can do it.”

Another F1 analyst who will be very aware of what Alonso does at Aston Martin is Mark Webber. As a supporter and representative of Piastri, one of the new kids on the grid, the Australian is delighted to have rookies in the World Cup, but points out in speedcafe that the adventures of the Spanish will also demand attention: “It is always good that fresh blood arrives for the sport. But At the other end of the scale is seeing how Fernando does, if he continues to defy the odds at that level for his age.”