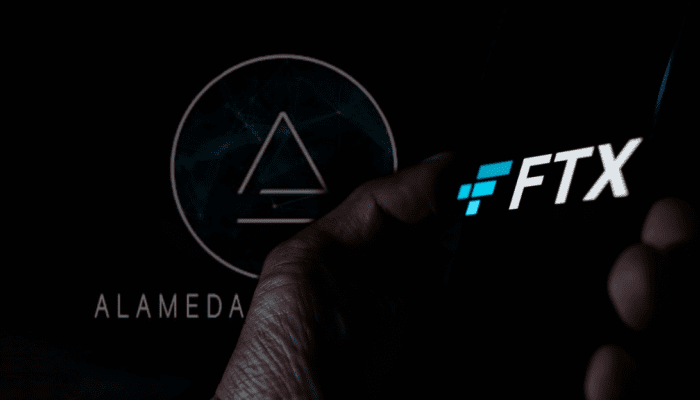 The blockchain makes it possible to analyze money flows in detail. Arkham, a blockchain analytics company, is now revealing that Alameda Research withdrew more than $200 million from FTX US in the days before the stock market crash. In a thread on Twitter, it shares how Alameda Research removed that amount from the exchange over eight different addresses and via various cryptocurrencies.

Arkham analyzed flows from FTX US in the final few days before the collapse, finding that Alameda withdrew the most funds, at $204M.

Below is a diagram of withdrawals to Arkham-identified entities from FTX US.

nb this thread regards FTX US assets only, not FTX International. pic.twitter.com/QFPVlVIWhO

The majority of the funds raised by Alameda Research from FTX via stablecoins. Of the more than $200 million, $116 million consisted of stablecoins. These included Tether (USDT), USD Coin (USDC), Binance USD (BUSD), and TrueUSD (TUSD). Arkham’s analysis further tells us that $49.49 million (24.2 percent) of the funds consisted of ethereum (ETH).

Bitcoin (BTC) was also present. In total, Alameda Research withdrew $38.06 million in wrapped bitcoin (wBTC) from the trading platform before the collapse. The wBTC was immediately sent to the Alameda wBTC Merchant Wallet, to be transported from there to the real bitcoin blockchain.

There the amount has been converted into actual bitcoin. It is more than striking that Alameda Research opted for an escape in the days before the collapse of the stock exchange platforms. This indicates that they of course already knew that the stock market was over and tried to secure some funds in this way.

Outlook for FTX is bleak

Officially, FTX is in so-called Chapter 11 bankruptcy proceedings. This is a procedure with which there is the possibility to make a restart. If we are to believe John Ray III, the new CEO who has to guide the platform through bankruptcy, then FTX is the most unhealthy company he has seen in his career.

In interviews, Ray III speaks of a “complete failure of internal control” and an absence of reliable financial information. The bottom line is that FTX’s accounting is a complete mess and there is zero chance that the company will recover from this. In addition, the reputation of the exchange is now so bad that probably no one would ever use the platform again.