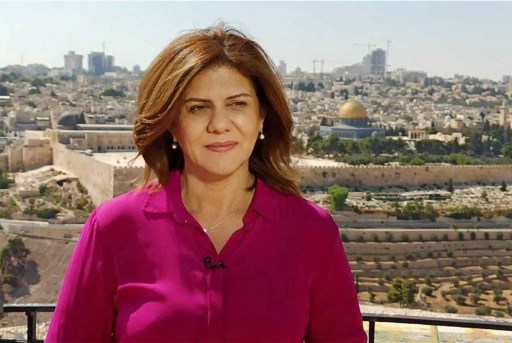 Foreign media reports said that Shirin Abu Kalih was covering the Israeli attack in Jenin City when Israeli soldiers opened fire on her.

A Palestinian reporter for the Al-Quds newspaper in Occupied Jerusalem was also injured in the incident and is out of danger.

A spokesman for the Palestinian Ministry of Health said the two journalists had been shot dead by Israeli troops. In the footage of the incident, Abu Kalih can be seen in a blue flake jacket with the word “press” clearly written on it. Shireen Abu Kalih was a well known reporter for the Arabic language channel.

The channel’s management has accused Israeli soldiers of deliberately targeting and killing lions.

On the other hand, the spokesman of the Israeli army said that during the operation in Jenin, the Palestinian armed forces were the attackers who were firing back to repel them and both the journalists also came under this firing.

The spokesman feared that the two journalists had been shot, not by Israeli soldiers, but by Palestinian gunmen.

It should be noted that Israel has occupied the area since the 1967 Middle East war. Palestinians want the area to be an important part of their future state. There are about 3 million Palestinians in the Israeli-occupied territory. Israel has built more than 130 settlements in the West Bank with about 500,000 Jewish settlers who have full Israeli citizenship.

In addition, another Al Jazeera reporter, Guevara Boudiri, was briefly detained during a protest in Jerusalem last year and treated for a broken arm, which Al Jazeera accused of police misconduct.