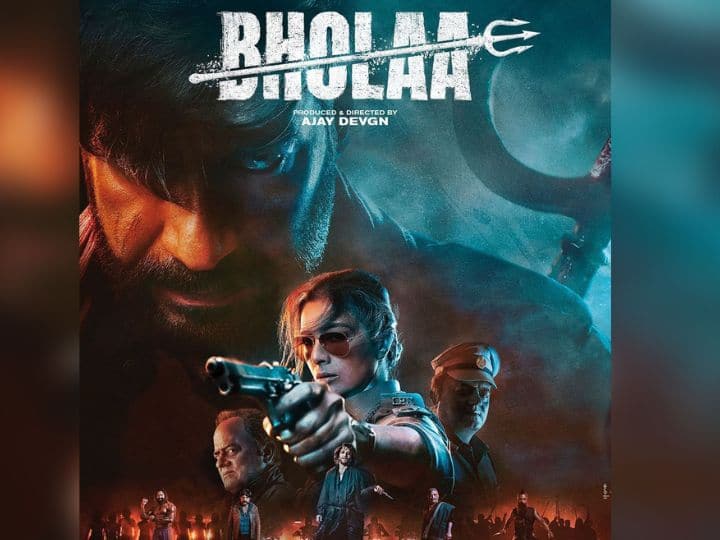 Hindi cinema superstar Ajay Devgn is riding the bandwagon of success these days. At the end of last year, Ajay has given a blockbuster movie like ‘Drishyam 2’. Not just this, Ajay has also announced his upcoming movie Bholaa. Whose teaser and many posters have also appeared on social media. Meanwhile, now Ajay Devgan has announced the release date for the second teaser of the movie ‘Bhola’. Before this, do you know that Ajay Devgan and superstar actress Tabu star in ‘Bhola’ which is a remake of a super-hit southern film?

On Sunday, Bollywood superstar Ajay Devgan shared the latest post about the movie ‘Bhola’ on his official Instagram account. In this post, Ajay has shared the latest ‘Bhola’ poster. In this ‘Bhola’ poster you will see the actress Tabu in police avatar. Apart from this, a glimpse of Ajay Devgan will also be seen in the background. With this poster, Ajay Devgan has informed in the caption that the second trailer for ‘Bhola’ will be released on Tuesday i.e. 24th January. In such a situation, after this announcement by Ajay, the excitement of the fans for the Bhola movie has increased a lot. Everyone is waiting for the release of this second ‘Bhola’ teaser.

Actually, the Ajay Devgan and Tabu starring film ‘Bhola’ is a remake of the hit film ‘Kaithi’ by famous South Cinema artist Karthi. Karthi was released in theaters in the year 2019. This movie was well liked by the audience thus ‘Kathy’ turned out to be a huge hit. Faced with such a situation, now Ajay Devgn has played a big gamble by making a remake of ‘Kaithi’. In such a situation, it remains to be seen whether this ‘Kathy’ remake will be successful or not. We tell you that the movie ‘Bholaa’ will be released in theaters on March 30, 2023.