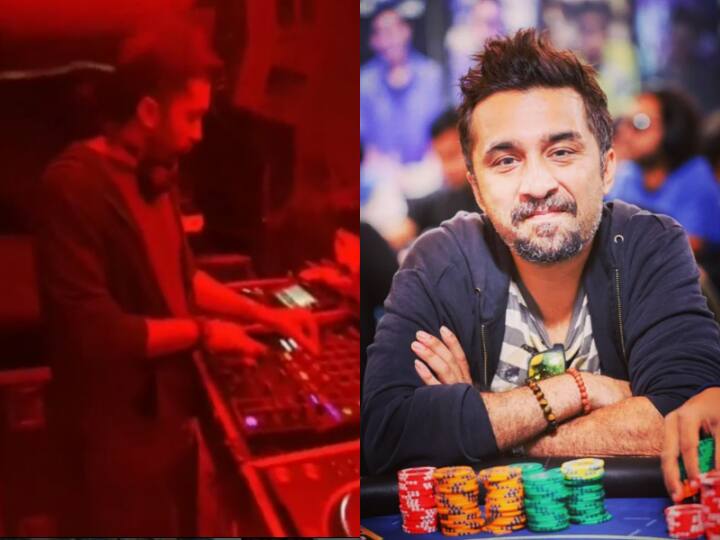 After Siddhant’s arrest, the video of the party went viral, Shakti Kapoor’s son was seen swinging!

The son of film actor Shakti Kapoor and actor Siddhanth Kapoor has been arrested by Bangalore police. Siddhant has been arrested at a hotel in Bangalore on Sunday night for taking drugs during a rave party. Siddhant has also been medically tested and reported positive. Meanwhile, a video of Siddhant is going viral on social media in which he is seen swinging at a party. This video is said to be the same rave party where the police raided and arrested Siddhant. However, we do not claim that this video belongs to the same party.

Red lighting is seen everywhere in the video, which is often the case at any disco or party. In the video it is seen that at this party, Siddhant is playing songs as a DJ and making everyone dance to his rhythm. Siddhant himself is seen enjoying himself greatly as he plays the song.


Apart from this video, a video of the party is going viral in which some policemen are seen answering questions to the people present. It is said that this is also a video of the same party where the principles were present. Although we do not confirm it.


Let us tell you that the Bangalore Police had raided a five star hotel on Sunday night. Where a high profile drug party was taking place. At this party, blood samples were taken from 35 people, of which 6 people tested positive. Siddhant was among those six people. Dr. Bhimashankar S Guled, DSP, Bangalore City, Eastern Division has said that Siddhant Kapoor’s drug test has come back positive.