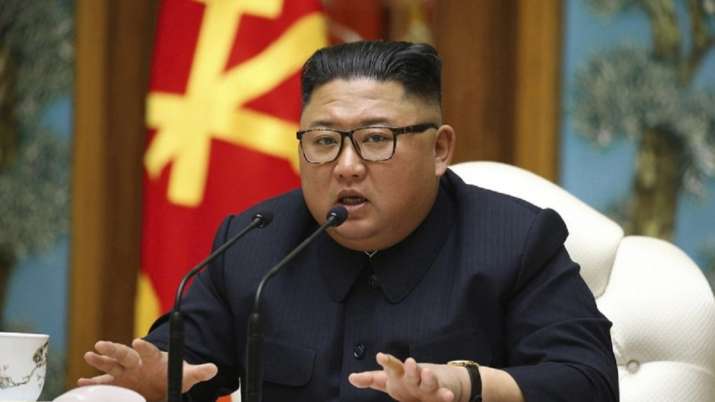 After all, how did Corona spread?, Kim Jong Un replied, you will also be surprised to hear the claim

Kim Jong Un on Coronavirus: Corona virus has caused havoc all over the world. Millions of cases of corona virus are still being reported, but the surprising thing is that till now the whole world has a mystery that how and from where did this virus spread? No one has the exact answer to this question yet. It is also said that now after passing so many days it is probably not even possible to trace the exact origin of this virus. Meanwhile, now a strange statement of North Korean ruler Kim Jong Un has come to light regarding the corona virus.

Actually, Kim Jong Un is often in discussion about his strange statements. Once again, now he has given such a statement about Corona, which is being discussed all over the world. Kim Jong has claimed that the corona is spreading due to aliens. Kim Jong Un said that the first corona case in the country has also been found due to aliens.

‘Aliens threw the virus in the balloon’

Kim Jong Un says that the aliens threw the virus in the balloon from the border connected with South Korea. Since then the corona virus has spread in the country. At the same time, there is a rumor spread in North Korea that in April, an 18-year-old soldier and a 5-year-old child touched an ‘alien-like thing’. After this, symptoms of corona were found in both of them.

However, neighboring South Korea has rubbished the theory of alien spread. A professor in Seoul says that it is difficult to believe Kim Jong’s claim because the chances of spreading the virus through objects are very low.

Instructions have been issued for the areas adjacent to the border

According to a news agency of North Korea, the government has given some instructions for the areas adjacent to the border. The government said that people living near the border should be alert to things coming through the air i.e. things like balloons and aliens. If anyone sees such a thing, inform the police.

On May 12, the virus was announced for the first time.

Significantly, by the end of April in North Korea, about two million people had been suffering from mysterious fever after claiming to have survived the corona virus for about two and a half years. On May 12, North Korea announced that the corona virus was found in its country for the first time. After this, Kim Jong imposed a lockdown in the entire country. Then these figures were also revealed that most of the people in the country with a population of 26 million have not been vaccinated against Kovid-19.

This popular Xiaomi smartphone will not receive MIUI 13