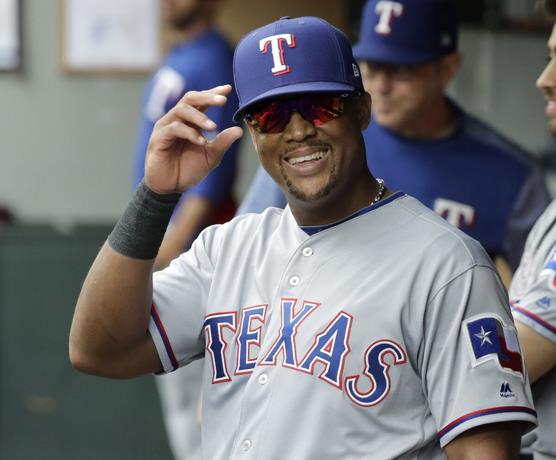 Scott Rolen will enter the Hall of Fame this July. And next year, we’ll have to make room for another big-name third baseman.

Adrián Beltré is the most prominent figure in the group of new candidates in 2024. While Rolen’s election, which was announced on Tuesday, required a gradual increase in his votes, the Dominican Beltré appears to enter in the first attempt. Although he didn’t win the MVP award, he carved a record of 3,166 hits, 477 home runs and five Gold Gloves in his career, staying productive until his final season at age 39.

Joe Mauer, Chase Utley, David Wright, Matt Holliday and Jose Bautista will also appear on the ballot for the first time next year. Mauer is the only catcher to win three batting titles and was the 2009 AL MVP.

It came as no surprise that several players made significant leaps in voting this year. Barry Bonds, Roger Clemens and Curt Schilling — all three were above 50% but not close to the 75% needed to be exalted — were left off the ballot. With a maximum cap of 10 players to vote, when one candidate is left out, others can benefit.

The presence of Beltre, Mauer and Utley, however, could make it difficult for the others to continue gaining ground next year. Helton still has five years of eligibility and Jones four. Wagner, meanwhile, has two additional opportunities.

“Helton is looming to get about two-thirds of the vote, and Beltre could be the first to break 100 percent since (Derek) Jeter and Mariano (Rivera), and I imagine we’ll have a lot of support for Mauer and Utley,” Ryan Thibodaux said. , responsible for keeping an online record of the votes and that allows fans to follow the process every year.

“Will Wagner be able to reach that 7% he lacks in one round, or will he have to go to a 10th ballot? It seems to me that it will be very interesting to follow up next year”.

Next year also looks like a significant one for Carlos Beltrán, who received the support of 46.5% of voters in his debut. That result usually bodes well for a candidate, but the Puerto Rican’s total was affected by being involved in the Houston Astros’ sign-stealing scandal.

“I made a joke on the Slack channel with the people who help me, that we should have kept a voter registry that they gave him a kind of one-year ban,” Thibodaux said. “Offhand, I can say that a significant group of voters plan to vote for him next year and they didn’t this year.”

Bonds and Clemens, tainted by doping allegations, reached a ceiling in their vote flow. If Beltrán receives similar treatment, the former outfielder could find himself in trouble. But if the voters preferred to be penalized for one year, that will be confirmed in 2024.

Gary Sheffield reached 55% of the vote and next year will be his last on the ballot. He’ll need to emulate Larry Walker’s drive as a senior.

But Jack Morris received 67.7% in his junior year and never received the minimum required by the Baseball Writers’ Association of North America. He ended up being chosen by the modern age committee. That puts into perspective the kind of increase Sheffield needs.

“It will be a very difficult thing to do,” Thibodaux said.