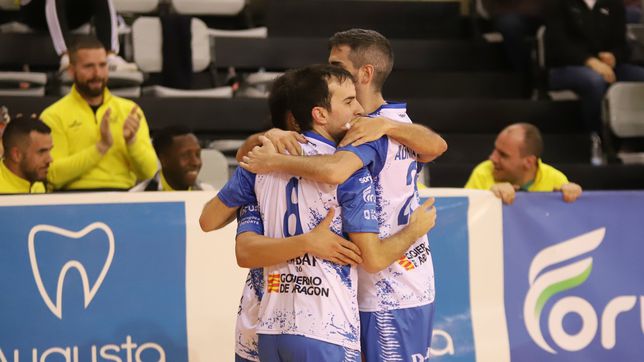 The draw for the matches for the round of 16 of the Copa del Rey de Futsal has meant that AD Sala 10 Zaragoza is measured again in the tournament with another ‘coconut’: Barça, great favorite to the title.

The people of Zaragoza, who in the fourth round of the Copa del Rey already beat ElPozo Murcia, are one of the four teams from the Second RFEF Futsal that are still alive in the tournament together with Family Cash Alzira, which will face Jimbee Cartagena; Pescados Rubén Burela, who will face Mallorca Palma Futsal; and Servigroup Peñíscola, which will intersect with Osasuna Magna.

In the rest of the quarterfinals between teams from the First RFEF, Movistar Inter will face Aspil Jumpers Ribera de Navarra; the Córdoba World Heritage Site against the Noia Portus Apostoli; Industrias Santa Coloma will face Jaén Paraíso Interior and Levante will play BeScoccer UMA Antequera.