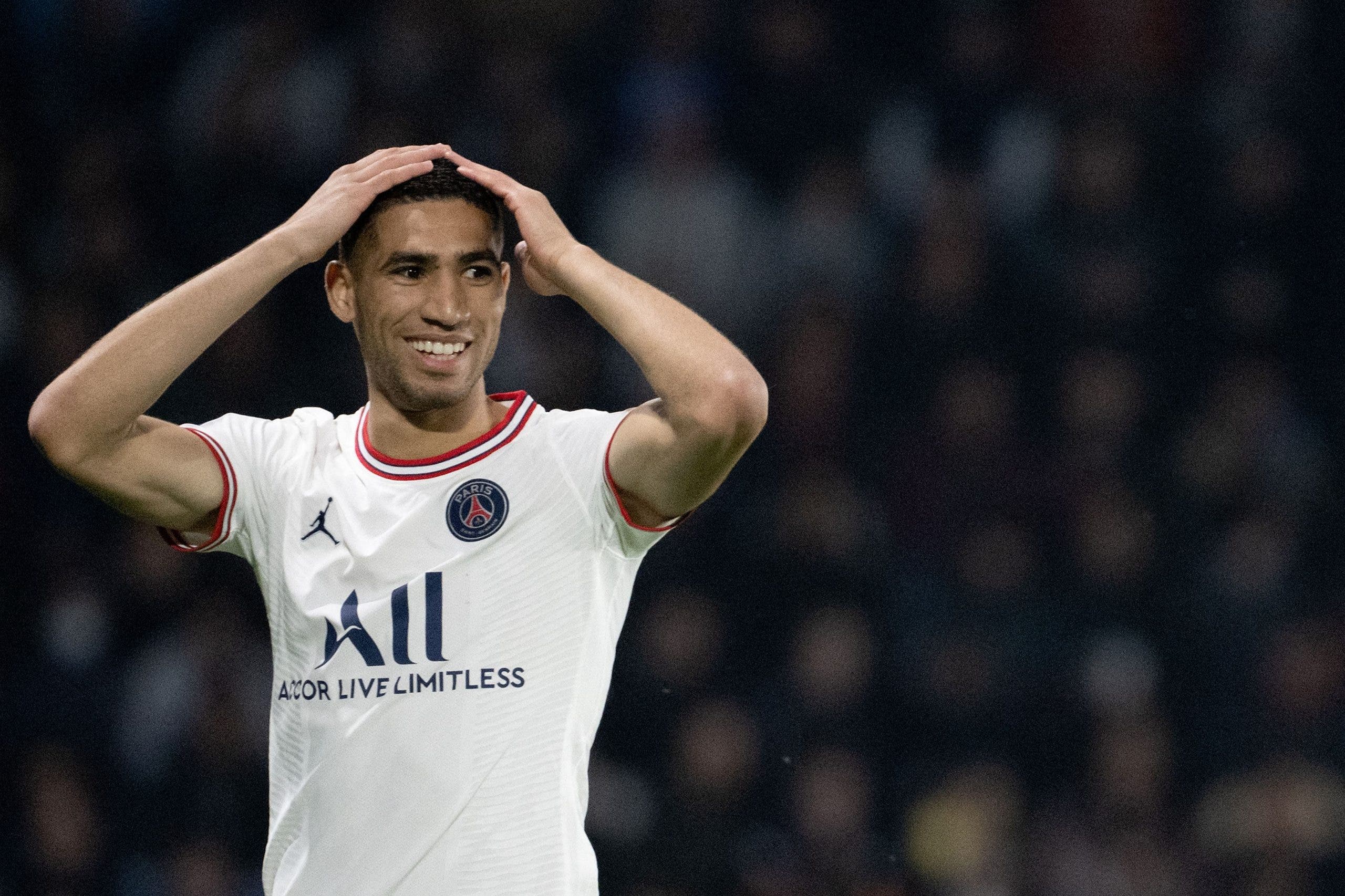 The merengue team is measured today against the Yellow Submarine and the right side will be uncovered, therefore Florentino will be attentive to what happens and depending on it they will activate the hiring of the Moroccan

all in the Real Madrid They are expectant before the possible signing of the right side Achraf Hakimi. In addition to being one of PSG’s most valuable players, he is one of the best wingers in the world. Florentino Pérez does not mince words and has already stated that he wants him in the white squad from next season.

Although the president of Real Madrid considered having it until June, the arrival of Achraf Hakimi It could be much earlier, this market being the date indicated. Everything depends on what happens today in the match against Villarreal CF where neither Dani Carvajal nor Lucas Vázquez will play, much less Álvaro Odriozola.

Depending on how Vinícius Tobias does it, Real Madrid will wait or advance the signing of Achraf Hakimi

The young 18-year-old Brazilian full-back, Vinícius Tobias, who is part of the Real Madrid Castilla squad, is the one chosen for today’s commitment. Although the carioca is not owned by the merengue team (he belongs to Shakhtar Donetsk) Florentino has future plans for him. Of course, everything will depend on himself and how he does it today against the Yellow Submarine.

If the young right-back responds to Carlo Ancelotti’s requirements and convinces Florentino, the signing of Achraf Hakimi will be postponed until June. Otherwise, the general manager of the club will give the order to the sports management so that they get in touch with PSG and sit down to negotiate.

In the event that the Madridista club considers the signing of the Moroccan winger in this same summer market, tomorrow will be the day the operation begins. Although there is already a negotiating table with the French club (because of Mbappé) it will not be an easy maneuver to remove the African winger from the team led by Cristophe Galtier.

Florentino is very intelligent and knows that if he manages to sign Achraf Hakimi in this market, it could also serve as a hook to bring Kylian Mbappé, one of Real Madrid’s dreams, closer. The reason is because the Moroccan winger and the French striker have become good friends at PSG. Maybe they want to continue playing together but this time dressed in white.

War in Ukraine: the bodies of two British volunteers have been recovered