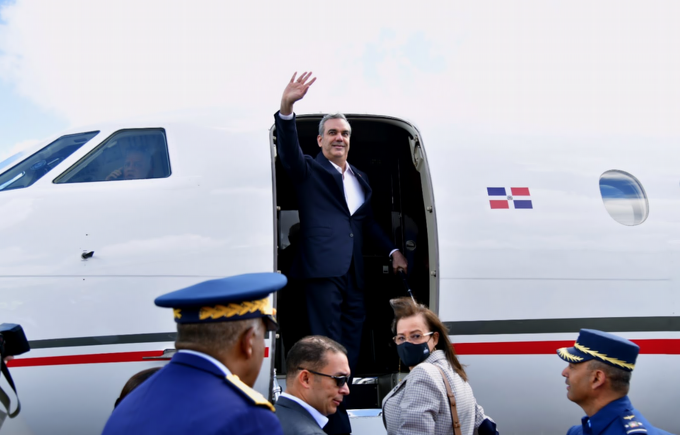 The Brazilian Luiz Inácio Lula da Silva, the Colombian Gustavo Petro and the Chilean Gabriel Boric are some of the presidents who have assured their attendance at the Celac Summit next Tuesday in Buenos Aires, and, although there is still no official confirmation, controversial visits such as that of the Venezuelan Nicolás Maduro and the Cuban Miguel Díaz-Canel are estimated.

So far, according to official Argentine sources, at the VII Summit of Heads of State and Government of the Community of Latin American and Caribbean States (Celac), which integrates the 33 countries of the region, will be present leaders of 15 countries , while the rest will be represented by their foreign ministers or other senior members of the Government.

The absences of the Mexican Andrés Manuel López Obrador stand out, who usually delegates international commitments to his chancellor, Marcelo Ebrard; the Peruvian Dina Boluarte, in the midst of the strong crisis and protests that plague her country; the Guatemalan Alejandro Giammattei and the Panamanian Laurentino Cortizo.

The Nicaraguan Daniel Ortega will be another of those absent, after in 2021 he accused Argentina of having become "an instrument of US imperialism"after the criticisms made by the Government of Alberto Fernández for the arrest of opposition politicians in Nicaragua.

The one who finally confirmed his presence was the Ecuadorian Guillermo Lasso, who until a few hours ago was doubtful due to the friction with the Fernández government due to its decision to grant diplomatic asylum to a former minister of the leftist Rafael Correa (2007-2017).

In addition to the host and Lula da Silva -who on the eve inaugurates his first official visit abroad in his third term-, Petro and Boric, the Honduran Xiomara Castro, the Uruguayan Luis Lacalle Pou, the Bolivian Luis Arce, the Dominican Luis Abinader and the Paraguayan Mario Abdo Benítez.

Also the Prime Minister of Barbados, Mia Mottley, and that of Saint Vincent and the Grenadines, Ralph Gonsalves.

Likewise, the United States, although it is not a member of Celac, will send a delegation headed by the president’s top adviser, Joe Biden, to the Americas, Chris Dodd.

The North American president had been invited by Fernández in order to bring positions between Latin America and the United States closer after years of friction with the Donald Trump Administration.

Chinese President Xi Jinping was also invited, but Beijing is only expected to participate from a distance with a video.

Likewise, the European Union, the bloc with which Celac seeks to strengthen its relationship in 2023, will be a special guest with the assistance of the President of the European Council, Charles Michel.

As for Venezuela, although there is no official confirmation, the arrival of Maduro is taken for granted, due to the number of mentions that the Chavista leader has made to the regional forum in recent months.

"The Celac Summit in Buenos Aires is coming soon, it will be a good opportunity for the voice of our peoples to be heard"Maduro said last Monday, in a speech in which he stressed that Lula had reincorporated Brazil into the group, after the decision of the previous president, the far-right Jair Bolsonaro, to leave it.

Regarding Cuba, its president Miguel Díaz-Canel is expected, since the Argentine Executive confirmed a bilateral meeting with Fernández next Wednesday.

Without a doubt, it is the presence of the Venezuelan and Cuban leaders -mainly that of the former- that is the most controversial, since they will meet with presidents who are critical of their management. But Fernández has been reiterating for months the need for a united Latin America, "without any exclusions".

This week, the Argentine Forum for Democracy in the Region (FADER) – made up of opposition political leaders from Argentina and Venezuela, intellectuals and journalists – denounced Maduro, Ortega and Díaz-Canel before the Court so that they could be investigated for "Crimes against humanity".

And even the opposition Patricia Bullrich asked that, if Maduro arrives, he be arrested "immediately" for that reason.

In addition, groups of Venezuelans in Buenos Aires called protests against Maduro in front of the Sheraton Hotel, where the Summit will take place amid strong security.