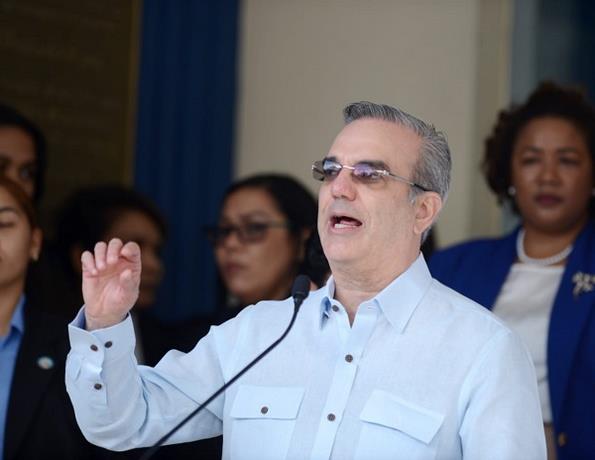 The contribution of 235 heavy equipment for the plowing of land that the president, Luis Abinader, made to the Ministry of Agriculture directed by Limber Cruz, would save the entity approximately 600 million pesos annuals in conditioning the soil.

Cruz announced that the entity currently plows about 950,000 tasks free of charge, of which 250,000 are with its own equipment and 700,000 through private contractors, and explained that with the acquisition of these tractors the entity would save 600 per year million pesos preparing more than a million tasks of land.

“We will go from preparing for free 250 thousand tasks per year to 1,200,000 tasks per year, which means that it represents an increase of 380 percent,” he said in his speech.

He explained that the donation of this equipment has a value of RD$415 million pesos and the machines will be distributed in all the regional offices of that unit in the country with the objective of “supporting producers and developing the national agricultural industry.”

During the delivery and reception ceremony, which began an hour and a half after the schedule, the first head of state stated that “the feeding, foodagricultural protection in the Dominican Republic, is a priority” of its management and the action carried out “demonstrates” it and will continue to “demonstrate” it.

The president stressed that the materialization of these teams “reflects a firm, determined and permanent commitment to production and the agricultural sector".

He specified that the delivery includes 150 tractors, 64 farm implements, 6 harvesters, 3 modern well drills for a value of RD$81 million pesos and guaranteed that with these new equipment agricultural production will become more efficient and competitive.

“I will be very happy when I see these teams plowing the land, helping Dominican farmers for more efficient production and for agricultural products to reach the entire population at reasonable prices,” he said.

He also highlighted some of the measures that the government has taken to support the agricultural sector, such as zero-rate loans or financing, rice pledges, fertilizer subsidies, among others.

“I feel very orproud by the producers Dominican agricultural workers, for the way in which they have carried out their duties in these difficult years and that we have managed to make the Dominican Republic, even though it is an island with very limited land, an example of production,” said Abinader.

He added that they have “made a true alliance between producers and the public sector” which will have the support of the government with efforts “from the fiscal point of view, but which are necessary to maintain food security.”