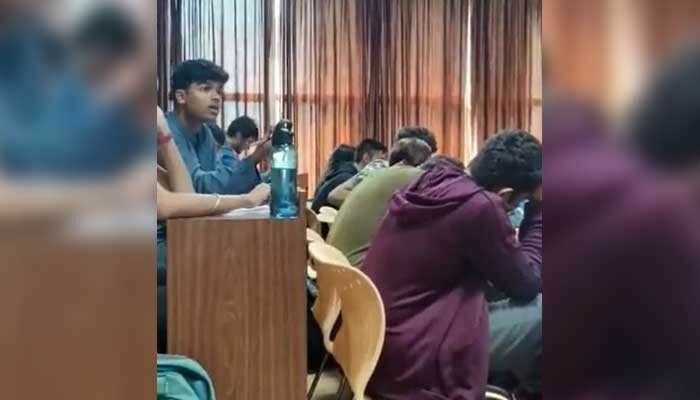 The Indian professor called the Muslim student a terrorist during the class, the teacher was forced to apologize for the student’s strong arguments, the video went viral on social media.

In a Karnataka university, a Hindu teacher called a Muslim student a terrorist during a packed class, prompting the student to scold the professor.

On the reaction of the student, the teacher said that I have made a joke, to which the student replied that you cannot make fun of my religion, it is not acceptable.

The student said to the teacher, how can you call me a terrorist in front of so many people in the class, you are a teacher, the teacher apologized for his words.

After the video went viral, social media users praised the bravery of the student and demanded action against the teacher.