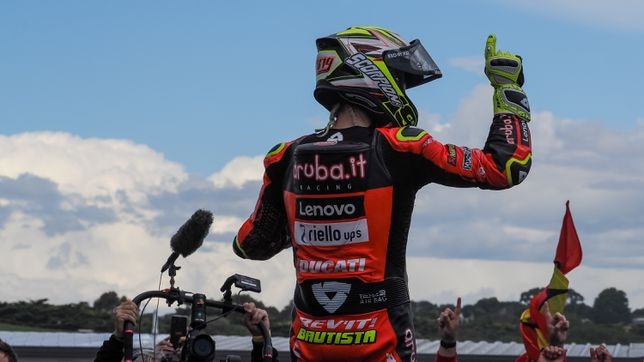 Talavera de la Reina is a town of great athletes, the homeland of Sandra Sánchez, Paco Cubelos, Fernando Alarza, David Arroyo… and, of course, of Alvaro Bautista, a double world champion who has returned home this week to celebrate with his countrymen, 16 years apart, his second motorcycling title. In 2006, at the age of 21, he was crowned in the 125cc class, what today is equivalent to Moto3, and in the present 2022, with 37 years that since last Monday are already 38, he won in the Superbike modality, the motorcycles derived from series. Bautista drew on that long experience to conquer a World Cup of great merit who dominated in direct competition with the last champion, Toprak Razgatlioglu, and with the best in history, Jonathan Rea, six times winner of the category.

Bautista had to mark an almost perfect season, with 16 victories and 31 podiums in 36 racesto finish off his success and, incidentally, to get even for the disappointment of 2019, when he saw the title escape against Rea after a brilliant start to the course, with 11 consecutive victories. So I was racing Ducati. And he has had to return to Borgo Panigale, after two years at Honda, to complete the work he had started at the Italian team. Only another Spaniard had previously achieved this prestigious crown, Carlos Checa in 2011, who in turn was the last to have won in SBK with Ducati. A round dash. Álvaro landed in the specialty from the Speed ​​World Championship, as many others have done, but only two more have managed to double the title in the two championships: John Kocinski and Max Biaggi. The Talaverano is already part of that historic relationship, to settle among the greats of motorcycling.